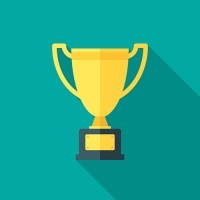 The Churchill Award is the Joint Professional Engineering Institutions (PEI) Award for an individual or a small team (the majority of whom are serving members of the armed forces or were serving at the time) for achievement in engineering and technical advancement in support of military operations during the period 01 April 2015 to 31 March 2016.

First presented in 1952 by Sir Winston Churchill the award is now realigned to reflect the achievement in engineering and technical advancement in support of military operations for those serving within the Armed Forces.

Managers or Commanding Officers of qualifying individuals or teams are asked to submit written citations. These should not exceed 1000 words and can include a maximum of one diagram and one photograph.

Nomination by CO or manager direct to IET. Information and submissions via

You can find more information about the Churchill Medal and it’s previous recipients here.

Find out how to enter here.

back to top
See Funding