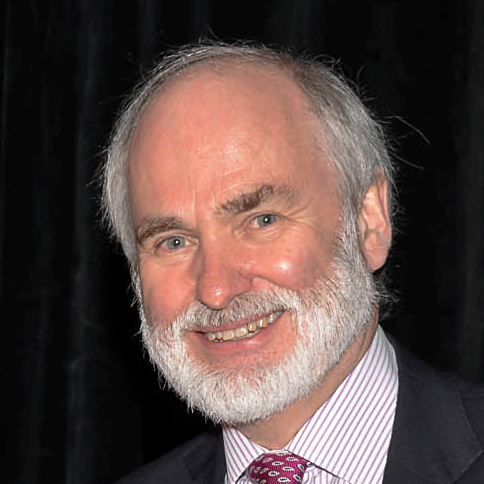 This year's Stanley Gray Lecture will be presented by Gwyn Griffiths. His lecture entitled

"Vision, Calamity and Perseverance: From Early Submarines to Autonomous Submersibles"

will chart the transition of the craft from dangerous early designs to today’s state-of-the-art models.

From the sixteenth century, determined individuals with imagination, vision and the tenacity to find the finance, have designed, constructed and seen into service craft that operate beneath the surface of the sea. Their ideas and successes, as well as failures, are described in the exhibits of the Royal Navy Submarine Museum.

The challenge of operating in ice-covered seas compounds the difficulties faced by designers and operators of submersibles. As is often the case, proof-of-principle may come early, but the transition to safe and reliable operations takes much longer. The submarine Protector, built by the Lake Torpedo Boat Company in the USA, proved the principle of operating beneath an ice floe during the winter of 1903-04. O-12, a submarine commissioned just 15 years later was to become the first to attempt to reach the North Pole.

Sir Hubert Wilkins, a true polar pioneer, was convinced that only a submarine transect across the Arctic basin would enable a proper scientific study of the polar ocean and the ice. He foresaw an expedition mapping the seabed using sonar, measuring ocean currents, temperature and salinity, performing chemical analyses on water samples, and capturing animals in towed nets. His vision was tested in 1931, after a decade-long struggle to find a backer, when the old O-12 became the Nautilus. Despite what many scholars believe to have been sabotage, the expedition made pioneering scientific observations north of Svalbard.

In the era of the nuclear submarine, Arctic operations became the norm; it was one of the main theatres for the Cold War. But there was also a drive from the 1960s onwards for the use of robotic submersibles for scientific research under ice. In the UK, the Natural Environment Research Council’s Autosub autonomous underwater vehicle programme had a vision for gathering data under sea ice, much like the vision of Wilkins. But this vision went further, the Autosub was also to travel underneath the hundreds of meters thick floating ice sheets of Antarctica.

From 2001, Autosub missions under sea ice in Antarctica and Greenland provided unique data on the polar ocean. The first mission of the next challenge, under an Antarctic ice sheet, went brilliantly, but on the following mission, calamity; the Autosub never came back. With perseverance, and the knowledge that these observations of the under ice environment were of tremendous value to science, a new Autosub was built. On expeditions to Antarctica in 2009 and 2014 its data has led to some uncomfortable conclusions. The Autosub returned safely, ready for its next under ice mission in 2015.

Until November 2012, Gwyn Griffiths was Chief Technologist and founding Head of the Marine Autonomous and Robotic Systems facility at the UK's National Oceanography Centre at Southampton. Since 1993 he has held senior engineering management positions at the Oceanography Centre and its predecessor the Institute of Oceanographic Sciences. In 2000 he was appointed to a part time Chair in Underwater Systems Engineering at the University of Southampton. With a broad background in the development of instrumentation for marine science, especially acoustic instruments, and over 20 years’ experience in the technology and applications of autonomous underwater vehicles Gwyn combines a wide perspective with deep knowledge of ocean technology. These qualities have led him to act as an independent reviewer for numerous projects and proposals in the UK, Europe and North America.

The IMarEST Stanley Gray Lectures (and the annual Stanley Gray Awards) are named in memory of Stanley Gray who was the Chief Mechanical Engineer at the Port Directorate of Basra during the 1950s & 60s.

When he died in 1973 he left half his estate to be held by the Institute in trust to create the Stanley Gray Fund. He expressed the wish that the money should be awarded via a scholarship or prize to wherever the Institute saw distinction in Marine Engineering. This remit has been expanded following due process to include Marine Science and Technology.

The Stanley Gray Series of prestige lectures, launched in 2002, is held to mark his generosity to, and patronage of the Institute.