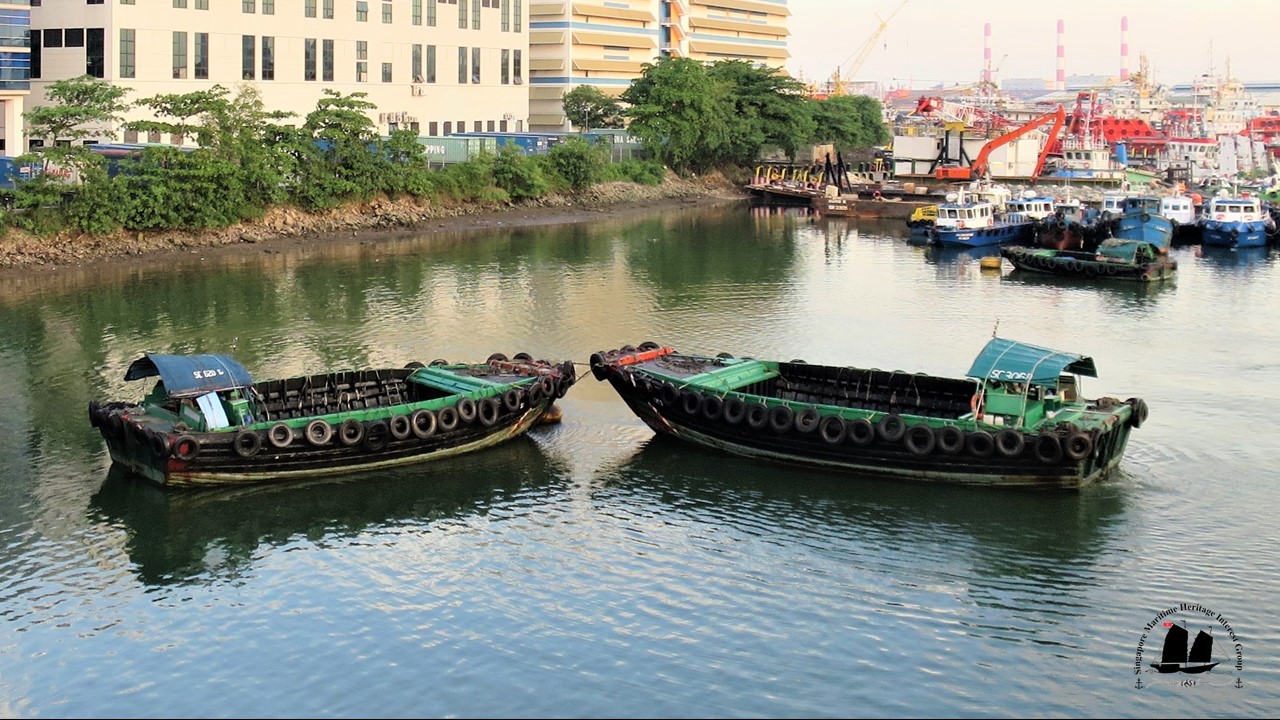 A webinar by the IMarEST Singapore Joint Branch

For more than a century up to 1983, twakow and tongkang were common at the outer waters of Telok Ayer and Clifford Pier, and on the Singapore River and Kallang River. These lighters were responsible for supporting regional and international trades, transporting rice sags, fresh products, livestock and other goods between cargo ships and Singapore River, whilst wooden boat builders were mainly housed along the river banks of Kallang River. Repair shacks could also be sighted under the Merdeka Bridge and at Robertson Quay.

Indeed, the 3.2 km's Singapore River was comparable to other great rivers around the globe in transforming the island covered with 90% primary forest to modern Singapore since the foundation of the colonial port city in 1819. By the turn of the 20th century, given the large influx of Chinese migrants, the Chinese lighters were replacing the Indian tongkang for both local water and regional shipment.

How did these Chinese lighters being constructed and maintained? How was the wooden boatyard organised? Where did the raw materials obtain from? And eventually, how were these lighters disposed? The speaker, who lived by the bank of the Singapore River for his first 19 years, interviewed the people working in these disappeared trades and documented them in the Chinese book “Jianghe Qingyuan” (Affection of the Rivers) published in 2019. He would share some of his findings through this webinar.

LEE Kok Leong pursued his postgraduate education in the UK and spent over two decades in the naval architecture profession. He is a Fellow member of the Royal Institution of Naval Architects headquartered in London, UK.

Ten years ago, Mr LEE started engaging in freelance heritage researches with an unequivocal interest in connecting the immigrant history between Singapore and China. He has since published several Chinese books which, through comprehensive research and interviews, documented the immigrants’ history in Singapore.

This event was co-organised by the IMarEST Singapore Joint Branch, the Society of Naval Architects and Marine Engineers Singapore , Singapore Shipping Association , and with the extraordinary support of Singapore Maritime Heritage Interest Group