WEBINAR: Engineering On, In and Under the Sea 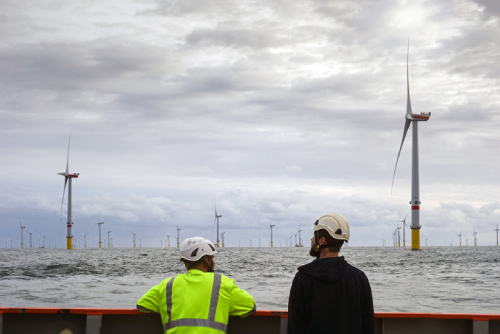 A webinar by the IMarEST's North East Coast Joint Branch and the Society for Underwater Technology.

We will delve into the latest design, construction and operations of ship-shaped offshore installations with four interlinked presentations moving from the shipyard to the seabed:

2. The Drivers and Challenges in the Design of Floating Offshore Assets – Keith Hutchinson

Paul Stott is originally from Liverpool and first ambition was to be a seafarer. He joined the British Merchant Navy as an apprentice, aged 16. However, it wasn't for him and after some time at sea he returned to education, but still determined to follow his interests in shipping. He graduated from Newcastle with a first class degree in Naval Architecture in 1984 and spent the next 26 years working in industry before becoming an academic back at Newcastle in 2010. His industrial career was spent mainly in shipbuilding, initially as a shipyard project manager and then as a consultant advising on strategic planning for shipyard development and competitiveness . As a consultant he has worked in over 40 countries and work included, for example, producing the strategic plan for China's largest shipyard (WaiGaoQiao) and representing the European Union as Technical Expert at World Trade Organisation. He became an academic partly to research solutions to long standing strategic problems in global shipbuilding and was awarded PhD in 2017. The results of that work have been central to recent roles advising OECD and the Government of Japan on shipbuilding issues. In 2019 he became a Freeman of the City of London following an invitation to join the Worshipful Company of Shipwrights. In his free time he is a musician (piano player and church organist), gardener and he loves to walk in our beautiful Northumbrian countryside.

Keith Hutchinson is a Senior Consultant in Whole Ship Design and Naval Architecture with Safinah Group, where he undertakes commercial and offshore marine consultancy for a range of clients globally. Having worked in both shipbuilding and ship repair yards on the River Tyne, he joined Swan Hunter Shipbuilders in 1990 as a Naval Architect and then in 1995 newly established Armstrong Technology, which was acquired by Babcock in 2000, becoming a Senior then the Principal Naval Architect and finally overall Engineering Manager for the Tyneside Ship Design office until its closure in 2018. He was also Chief Engineer for Commercial Marine and Subject Matter Expert for the Naval Architecture domain across Babcock. Over a 30 plus year career as a ship designer and naval architect, Keith has been constantly at the forefront of the technical development of robust but flexible solutions for a multitude of design problems. He has constantly strived with clients globally to explore unknown and commonly conflicting multiple dimensional design spaces for novel, complex and bespoke merchant and offshore ship types, both new-build and conversions. Keith has published over 50 technical papers and been invited to give numerous public presentations and lectures on ship / offshore vessel design and performance. He sits on a variety of professional technical committees and is active in several professional learned institutions, and is a Chartered Engineer and Chartered Marine Engineer, together with being a Fellow of RINA, IMarEST and SNAME.

Jon Dunstan is a Chartered Engineer and a Civil Engineering graduate of Imperial College, London, with over 25 years’ experience in the Offshore energy sector spending most of his career in the design, construction and installation of fixed and floating offshore facilities. He started his working life as a structural engineer for a North sea EPC company before joining a major contractor performing installation of large oil and gas platforms. Since 1998 he has specialised in the design and supply of mooring facilities for FPSO, FSO and FSRU units in shallow and ultra-deep water on projects worldwide and has played a key role in developing his company, LMC into a global player in the mooring sector. In 2008, following a change in ownership, he joined an Asian FPSO owner and operator and relocated to Singapore where he held a COO role as the company undertook ownership, conversion and operation of major FPSO projects in Vietnam, Thailand and Malaysia. In 2016, he returned to the UK and re-joined LMC where he has spent time expanding the company capabilities and track record in providing mooring solutions for the floating renewables sector and LNG sectors as the global energy transition progresses.

Alan Dobson is a chartered Mechanical Engineer and holds a PhD in the application of artificial intelligence in subsea robotic systems from Newcastle University. Over the past 25 Years Alan has worked in a number of development roles commercialising technologies for application in various subsea business segments. He is currently the Product Manager for TechnipFMC’s Umbilical and Cable group, managing the research centre and technologies based in Newcastle, UK.