Deep-sea mining is now firmly on the horizon with applications to the International Seabed Authority (ISA) for mining contracts expected within the next few years. A prerequisite is an approved set of regulations which are expected to be finalised in 2020 or 2021. As of December 2019, there 30 contracts for exploration that have been awarded by the ISA plus unknown numbers in national waters. The first mining is likely to be focussed on extracting manganese nodules from the Clarion Clipperton Zone in the Pacific Ocean.

Due to the 2-dimensional nature of the resource each manganese nodule mine will extend across more than 100 km2 per year of operation. The mining process will create plumes of sediment laden water that will impact seabed organisms over a much wider area. Mining for polymetallic sulphides will be analogous to mining on land with 3-dimensional deposits and mines potentially occupying the same location for many years. However these mines are located on ocean ridges and could affect rare groups of organisms such as hydrothermal vent faunas without careful planning.

There are many engineering challenges to deep-sea mining. This talk will highlight areas where good equipment design could reduce environmental impacts. 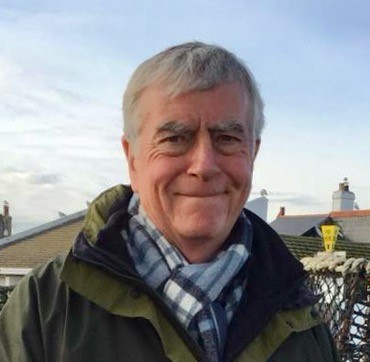 Phil Weaver trained as a geologist and became Director of the NERC Strategic Research Division at the National Oceanography Centre, Southampton in 2006.  He left NOC in 2010 to set up Seascape Consultants Ltd,  Phil coordinated the EU funded MIDAS project looking at the environmental impacts of deep-sea mining which ended in 2016. He is now a partner in two EC funded projects Blue Nodules and Blue Harvesting that are developing a deep-sea harvesting system for manganese nodules with a reduced environmental footprint. He also coordinates a project to assist the ISA in developing a Regional environmental Management Plan for polymetallic sulphides in the North Atlantic Ocean.

In memory of Lord Kelvin‘s presidency of the Institute, the IMarEST has established a series of lectures to reflect upon his achievements and vision. Lord Kelvin achieved world-wide fame in the sphere of pure science, and was equally successful in the application of his knowledge of physics to practical uses. Among his numerous inventions, those by which he will be chiefly remembered by the maritime community are his patent ship‘s compass and sea-sounding apparatus, now universally adopted. He was one of the Institute‘s first presidents, during session 1892-3. The IMarEST Lord Kelvin Lectures will be given by distinguished members of the maritime community taking Lord Kelvin‘s foresight and applying it to the development of future technologies.

The lecture is free to attend and open to the public, but advance registration is required to secure your place.

We may take photographs or make video or audio recordings at our events. By attending, you consent to this and any subsequent broadcast or reproduction.