Webinar: Digging Back to the Future - Preparing for HMS Queen Elizabeth 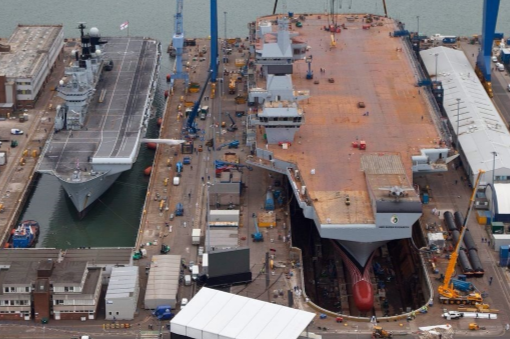 The presentation will explore all aspects of developing Portsmouth Naval Base to be able to support the Queen Elizabeth Class carriers, the largest ships ever operated by the Royal Navy. It will focus on the construction challenges associated with adapting the inherited legacy of 18th & 19th century infrastructure to delivering 21st century support at their home base and around the world. In particular, it will explore the technical, environmental and archaeological challenges in the largest dredge ever undertaken by the MoD required to provide operational access for the carriers to and from the sea.

Captain Iain Greenlees joined the Royal Navy in 1976. With promotion to Commander in 1993, he enjoyed a wide variety of jobs culminating in the command of a Type 22 frigate, HMS LONDON, from 1996-98. He became Captain of the Base at Portsmouth in 2005 and later took on leadership of Naval Base Infrastructure & Transformation teams, shaping, then delivering the joint MOD and Industrial development of the Naval Base for the QUEEN ELIZABETH Class and the Future Navy 2020. Retiring from the Royal Navy in December 2015, he joined the Civil Service in the New Year and returned to the Base to complete the aircraft carrier development program.