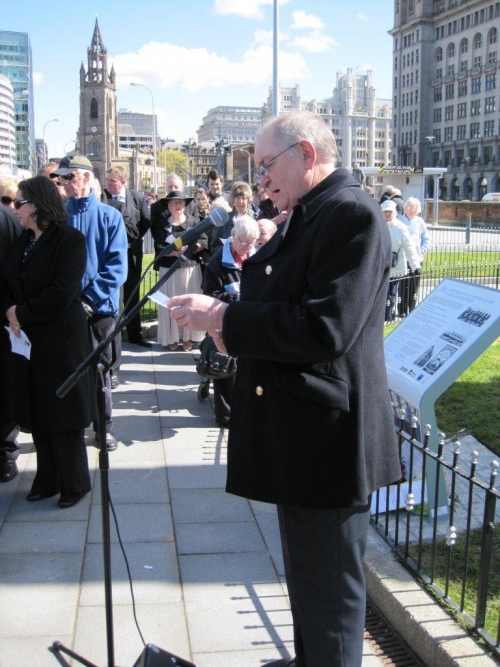 Ahead of the centenary of the sinking of RMS Titanic, Liverpool's "Memorial to Heroes of the Marine Engineroom" has been restored, including the addition of a descriptive plaque funded and produced by the the Guild of Benevolence of the IMarEST and the North West England Branch of the IMarEST.

The memorial itself was designed by Welsh sculptor Sir William Goscombe John R.A. (1860-1952) and built at a cost of £4,500 - partly paid for by the Institute. There were 244 engine room crew lost on Titanic, including 35 Institute members.

The Institute's Guild of Benevolence originated from the "Titanic Engineering Staff Memorial Benevolent Fund", set up in 1912 by the Institute together with the Daily Chronicle newspaper, to help the bereaved families of the engineers of the RMS Titanic, which sank on 15 April 1912. In 1934, the Fund was expanded in response to World War I and became The Institute of Marine Engineers Guild of Benevolence. Since then, the role of the Guild has further developed to assist more generally in the relief of hardship for marine engineers, scientists and technologists and their dependants.

View the embedded image gallery online at:
https://www.imarest.org/local-communities/uk/north-west-england/item/4436-memorial-to-the-heroes-of-the-marine-engine-room-descriptive-plaque-dedication#sigProId8c4b926459
back to top