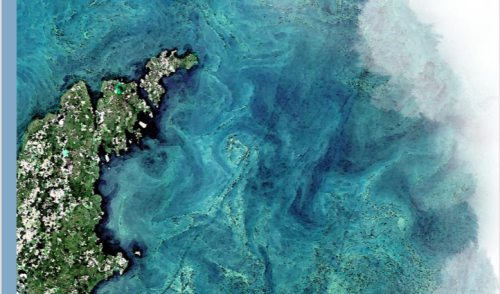 Swift and severe changes from natural variations, overexploitation and human influences are unveiled in the latest comprehensive report published in the Journal of Operational Oceanography (JOO), one of the Institute of Marine Engineering, Science & Technology’s (IMarEST) peer-reviewed academic journals.

More than 150 scientific experts from over 30 European research centres contributed to the work, drawing on empirical data gathered from satellite, in-situ measurements and numerical models as part of the European Union’s Copernicus Earth Observation programme. By analysing this unique corpus of data, researchers seek to interpret and describe the natural variations in the ocean as well as changes in line with climate change. It is meant to act as a reference for the scientific community, national and international bodies, decision-makers and the general public to better understand the importance and impacts of a changing ocean.

The fifth instalment of the report series focuses on key ocean monitoring indicators to track ocean changes and analyse the impact of these changes. These indicators are grouped into three sets: the physical state (Blue Ocean), the life cycle of floating ice in polar regions (White Ocean) and the ocean’s biochemical and biological state (Green Ocean). The report also discusses ocean governance and the development of new tools and technologies for ocean monitoring, including a forecasting system for jellyfish in the Mediterranean Sea, a new satellite-derived plankton-to-fish index and supporting ocean management and fisheries.

The physical ocean is undergoing unprecedented changes which are having increasingly profound impacts on both human well-being and marine environments. Sea levels continue to rise at alarming rates: 2.5mm a year in the Mediterranean and up to 3.1mm a year globally. This is in conjunction with surface and subsurface temperatures increasing worldwide.

These and other factors are more frequently combining to cause extreme events that affect vulnerable areas such as Venice. In November 2019, an unusually high average sea level, a strong spring tide and extreme local and regional weather conditions resulted in exceptional tide peaks in the Italian city – a so-called Acqua Alta event – with water levels reaching 1.89m that flooded half the city.

The past 30 years have seen Arctic sea ice decreasing steadily in both extent and thickness and is further declining at a frightening pace. Since 1979, the summer low September ice cover has receded by 12.89% per decade, with record lows in the last two years.

Continued diminishment of Arctic sea ice at such a dramatic level, will impact the global climate, leading to further regional warming, erosion of Arctic coastlines and changes in global weather patterns.

Nutrient pollution from land-based enterprises such as farming and industry have a devastating effect on the ocean’s water quality. Through eutrophication (water enrichment with minerals and nutrients), increased plant growth can lead to reduced oxygen levels in seawater and even block natural sunlight, with potentially severe effects on coastal environments and marine biodiversity.

As such, the Copernicus Marine Service has introduced a monitoring indicator to measure annual mean percentages for eutrophic (high nutrient) and oligotrophic (low nutrient) waters; this will support monitoring of European regional seas and safeguard fragile marine ecosystems from continuing anthropogenic threats. The Black Sea has been shown to have decreasing oxygen content since measurements started in 1955.

Additionally, ocean warming has caused a migration of some marine life to cooler waters, prompting the introduction of non-native and potentially invasive species. An example occurred in 2019 when the venomous lionfish migrated from the Suez Canal to the Ionian due to increased temperatures in the Mediterranean Basin.

The Ocean State Report Five is available to read in full here.

The Copernicus Marine Service has also published a summary of the report designed to boost ocean literacy amongst the general public and decision-makers.