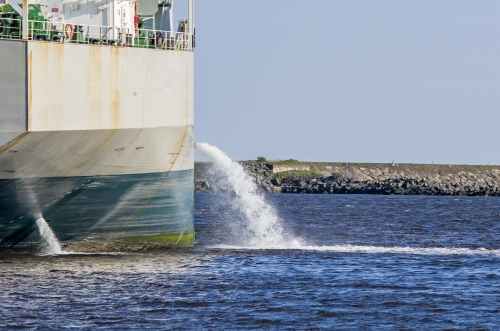 The IMarEST is somewhat saddened by a decision at IMO to delay implementation of the Ballast Water Convention for existing tonnage for a further two years (from September 2017 to September 2019).

At its 71st session (3-7 July 2017) the IMO’s Marine Environmental Protection Committee (MEPC) agreed to a compromise proposal submitted by a number of member States to amend the timeline for implementation (as stipulated in regulation B-3 of the Ballast Water Management for Ships document) to phase-in the use of ballast water management systems capable of meeting the D-2 treatment performance standard.

The compromise recognises the shipping industry’s need to prepare for installations, and for a greater variety of type-approved treatment systems to become commercially available. In essence, it grants a two-year reprieve to owners of existing vessels to comply with the Ballast Water Management Convention. In practice, this means some existing vessels will have until 2024 to fully comply.

The IMarEST position on Ballast Water Management (BWM) has, from the outset, been clear and unwavering. In line with our vision of “a world where marine resources and activities are sustained, managed and developed for the benefit of humanity”, the IMarEST regards the introduction of aquatic invasive species to new habitats – through ships ballast water and sediments – as one of the greatest global threats facing freshwater, coastal and marine environments and marine biodiversity.

With this in mind, in 2010, the IMarEST convened a Ballast Water Expert Group (BWEG), which, prior to the Convention’s ratification, dedicated itself to informing and educating member States through the provision of technical information and guidance. Subsequent to the Convention’s ratification in September 2016, it has worked to support stakeholders in aspects related to the practical implementation.

Among its many achievements, the BWEG established a series of conferences designed to support technology and policy development; produced and contributed to a number of papers on issues such as contingency measures, economic development and sampling; and worked on the 1st and 2nd drafts of the manual entitled “Ballast Water: How to do it” which is now nearing publication by the IMO.

Working through the BWEG, the IMarEST will continue in its efforts to ensure the shipping and related maritime industries can fulfil their functions in facilitating international trade and economic development with minimal environmental impact. It will continue to support its members and the industry as a whole in implementing the Convention – preferably sooner rather than later. In this mission, we are encouraged by the response to a reader-poll in a recent edition of the IMarEST’s magazine, The Marine Professional, in which 100% of respondents were opposed to any further delay in implementation.

Inevitably there will be commercial winners and losers as a result of MEPC’s decision to extend the implementation schedule. Ultimately, however, the biggest loser is the marine environment. The delay is particularly saddening in that following a 13-year gestation period, the Convention was finally on the verge of making a positive difference to the protection of the marine environment. It is a blow both to conservation efforts and to the people and communities around the world that depend on a healthy and sustainable marine environment for their economic and societal well-being. The timing of the decision is also unfortunate as it comes immediately after the United Nations announced its Sustainable Development Goals – one of which specifically references the importance of preserving and protecting the world’s oceans for all our futures.

What is now of vital importance is what can be done in the two-year “reprieve” period. Whilst there is no doubt that environmental protection will be afforded through ballast water exchange, the community needs to use this time wisely to deal with some of the outstanding issues:

The IMarEST stands ready to assist in this mission.

A SELECTION OF VIEWS FROM THE IMAREST BALLAST WATER EXPERT GROUP

To note: Members of the IMarEST Ballast Water Expert Group attend and contribute to the group as individual experts. The views stated may not necessarily represent the view of their employer.

Considering that the protection of the environment is the MEPC’s raison d’etre, I felt it really took a back seat and was barely discussed at all. The primary concern was unquestionably ship owners delaying the inevitable, an essentially pointless and severely damaging achievement.

Delaying the implementation by two years is sad for the environment and could ultimately result in difficulties for ship owners, very possibly the early adopters taking the hardest hit.

There are many documented cases of ballast water introducing invasive species to environments and damaging local ecosystems. Treating ballast water would greatly reduce these invasions and their damage. Even if the level of removal isn’t to the point of the D2 specification, it is still an improvement and will have a positive impact.  This has been the case in other environmental remediation situations, such as smog reduction in Los Angeles.

Ship owners could be in for a rude surprise with this delay.  It might be difficult for some of the treatment system manufacturers to stay solvent, resulting in fewer treatment systems to choose from in a few years. That means less choices from which to find the ideal BWTS for your ship, longer lead times, and higher prices. And some early adopters could find that their suppliers are no longer able to support their installed systems, penalising them greatly if they are forced to change to a new system.

The decision to delay the implementation of the BW Convention calls into question the commitment of the maritime community to do the right thing when faced with irrefutable evidence as to the environmental damage caused by shipping. Future generations, tasked with addressing the damage to our marine environment, will surely ask what was so difficult, confusing or contentious that it took 20 years to finally get things done!

While acceptance of the compromise proposal represented a consensus of the positions of the various member States, I maintain it was not necessary for IMO to delay implementation of the Convention as it compounds the excessive delay in reaching ratification and continues the probable damage to the maritime environment.

Regulators need reassurance that sampling regimes are scientifically robust. Most would be happy with a 95% confidence level. 99% seems too high. However, proponents should be able to quantify the risk.

The idea of “compliance” is to bring about changes in behaviour. In my view, this has been forgotten and overshadowed by excessive focus on technological issues.

The impact of the two-year delay is twofold: the direct impact resulting from non-compliance, and a delay in obtaining vital data on BWMS performance. The latter is more crucial in reviewing Convention goals and BWMS approval standards.

The reluctance [of ship owners] to purchase a first generation BWMS is understandable when systems type-approved for tougher standards are in the pipeline. And in the meantime ships still have to perform ballast water exchange.

Though there are many Administrations establishing guidelines, there are many others where there is a general confusion as to how to implement and what to do. This confusion prevails even with Flag States who have ratified the BWM Convention.

Our members (small ship operators, designers, surveyors, etc.) have great and increasing anxiety about the imposition of the BWM convention into ships so small that the type-approved systems currently available could not realistically be fitted (or afforded within reasonable operating costs).

Additionally, there being no clear geographical extent defined, to which one would or would not have to fit a BWM system (i.e. which ships may be exempt or an exception granted) and an absence of any sense or clarity being provided by the Convention, Administrations or internationally agreed interpretation is of great concern.  The extension, which means that existing smaller craft should not need to comply until 2024, may provide this community with the time it needs to work out solutions and get the level of clarification required.

Alan Cartwright, on behalf of the IMarEST Small Ships Group

Environmental, scientific, regulatory and industry stakeholders have made tremendous efforts and investments to support BWMC implementation.  It’s recognized that the MEPC’s decision to delay the implementation schedule will have beneficial impacts for some stakeholders.  However, the overarching impacts to the aquatic environment, along with the societal and economical damage that results from the spread of aquatic invasive species, is deleterious for the majority.  As a global community with 13 years to prepare, our collective efforts need to focus firmly on taking the steps necessary to effectively implement the BWMC.

The delay to implementation of the BWMC does nothing to alter the fact the US Coastguard (USCG) will apply different rules and that their schedule remains unchanged regardless of decisions made at MEPC. Ships travelling to and from the US will still need to comply with the USCG rules. In highly simplified terms- an approved treatment system must be installed at the next scheduled dry-docking

One of the reasons that ship owners have been reluctant to invest in ballast water systems is the uncertainty caused by the US’s slow progress in the type-approval of sufficient systems to meet their own more stringent requirements.  Had the US adopted the IMO standards rather than develop their own there would be many more ships equipped with ballast water systems and the present extension of the implementation date would not have been necessary

The delay in implementing the BWM Convention is a disappointment and although was supported by member States may eventually encourage more States to implement their own specific requirements to protect their coastlines or fresh water environments. This will potentially give rise to a number of different requirements that all have the same objective but take differing routes. The result being a number of different requirements / regulations for ship owners and seafarers to comply with. While at the same time some areas of the world being protected and others remaining unprotected. This situation would not be in the best interests of the environment or maritime industries.

What do you think?

We are keen to hear from all our members. We would welcome your views both on the implications of the extension and on what you consider should be done to help support implementation in a timely fashion. Please address your comments to: with “MEPC delay” in the subject line.

Explainer: The new timeline for compliance

Text and graph (adapted) provided with thanks to ABS

The changes will be circulated to IMO member States for adoption during MEPC 72 scheduled to be held from 9-13 April 2018.

Referring to the illustration below, ships constructed before 8 September 2017 are to comply with the D-2 standard at the first MARPOL IOPP renewal survey completed on or after:

For ships constructed before 8 September 2017 and which are not subject to the MARPOL IOPP renewal survey, compliance with the D-2 standard is required not later than 8 September 2024 (Reg B-3/5).