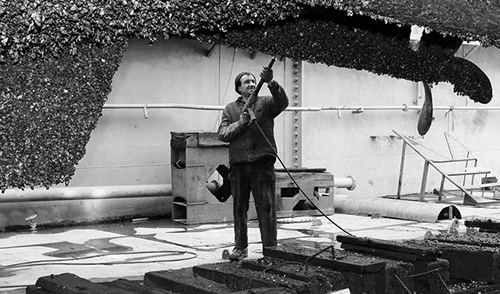 The International Maritime Organization’s Guidelines for the Control and Management of Ships’ Biofouling to Minimize the Transfer of Invasive Aquatic Species, adopted in July 2011 provide a globally consistent approach to the management of biofouling on ships.

The Guidelines give recommendations on general measures to be considered in order to reduce the risk of transfer of invasive aquatic species, not only in relation to the aspects of choosing the right fouling control paint for the different parts of the ship but also to give consideration to other parameters such as the ship design, drydock and maintenance, recycling, crew training etc.

The Guidelines suggest that plans for managing the biofouling are developed for each individual ship. Each ship shall also keep on board a biofouling record book to document the various management procedures that have been taken throughout the lifespan of the ship.

Whilst IMO guidance details the information which is important to be recorded regarding fouling control, no formal template is provided in which to capture that information. As such IMarEST and IPPIC have joined forces to provide a template to capture all relevant information prescribed in the IMO guidance with particular attention to coatings.

“The introduction of aquatic invasive species to new marine and freshwater environments, which includes through hull fouling, is considered to be one of the greatest threats to the world’s freshwater, coastal and marine environments and to marine biodiversity. As such we are delighted to be playing a role in supporting the implementation of international guidelines in this area.” David Loosley, Chief Executive, IMarEST.

“The marine coatings industry has supported the shipping industry in preventing the translocation of invasive species with effective fouling control products for generations.  This particular collaboration reflects a focus on helping ship owners and operators select the right product for the right niche area and making their reporting obligations as simple as possible”. Dr Gareth Prowse, Chair, IPPIC Antifouling Coatings Committee.