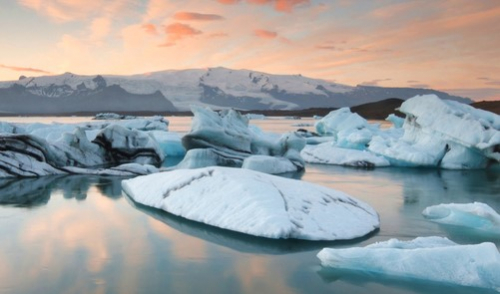 Climate change and its impacts are now unequivocally recognised by the majority of the global scientific community as causing long-term shifts in both physical and chemical conditions of the oceans. Such shifts include an increase in the occurrence of extreme episodic events, variability in ocean temperatures and salinity, as well as global wind patterns that cause changes to ocean currents. With ocean acidification devastating coral reef ecosystems and rising sea-levels threatening huge stretches of our coastlines, climate change presents a grim outlook for our planet.

Recognising such dire consequences, climate change is at the very core of the IMarEST’s ethos, which is further emboldened by its vision of a world where marine resources and activities are sustained, managed and developed for the benefit of humanity. Given the imminent threat posed by climate change and the lingering scepticism of a small number of communities and individuals around the world, alongside the unwillingness of governments to accept reality and take action, the IMarEST has updated its position statement.

With its influence at an intergovernmental level, the Institute is uniquely placed to effectively engage with a worldwide audience. Through communicating its statement to such a far-reaching community, it hopes to increase understanding of the issue and prompt both governments and individuals to take action.

The IMarEST believes climate change threatens the very survival not only of humanity but all life on earth. The Earth’s climate has always been changing, but the underlying natural processes governing such change are now being fundamentally altered by human activities. Greenhouse gas emissions and land-use changes are both exacerbating and accelerating the natural factors forcing climate change.

The statement arrives ahead of the upcoming meeting of the Intergovernmental Panel on Climate Change (IPCC) in September, which is expected to approve a Special Report on the Ocean and Cryosphere in a Changing Climate (SROCC). The IMarEST hopes that its position statement will reinforce the SROCC and will facilitate the critical need to begin addressing the UN’s Sustainable Development Goal (SDG) 14, on ocean sustainability, in relation to its goal on climate action.

To facilitate this conjoined approach, it is imperative that initiatives and partnerships related to the oceans are utilised to maximum effect. The UK’s Marine Climate Change Impacts Partnership reporting on climate change in marine areas, the Ocean Pathway Partnership to large ocean states and the Because the Ocean initiative are but three examples that will be crucial in making the Paris Agreement implementation guidelines ocean-friendly. The IMarEST is committed to its continued support of such enterprises and will continue to seek new initiatives and partnerships to further strengthen its efforts to mitigate the effects of climate change on the marine environment.

Once the final SROCC report is released later this year, the IMarEST will expand upon its statement to further address the finer details of emerging effects of climate change specifically relating to the oceans.