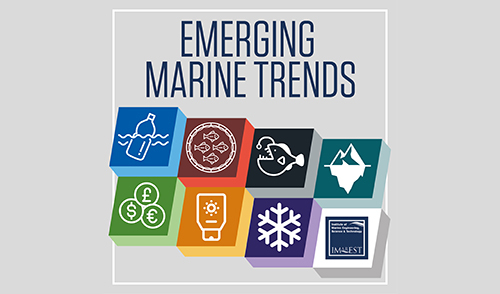 In recent years we have seen increasing public interest in protecting the marine environment and issues such as plastic pollution earning frequent coverage in the mainstream media - the term “single-use” was even named the Collins Dictionary’s word of the year for 2018. As we progress into 2019, it is crucial that we consider some of the expected environmental trends in the coming years and what we can do to mitigate any potential negative consequences.

The IMarEST will be exploring these trends over the course of a week on social media to highlight topical issues, both marine and terrestrial in nature, which will have significant impacts on the marine environment.

Each day this week, we will discuss a new issue, outlining the complications for ocean health and how we can all play a part in protecting the oceans for both current and future generations. We welcome your opinions and thoughts on the issues outlined throughout the week, so please follow us Facebook, Twitter or Instagram and feel free to comment throughout the course of the week.

We have created an infographic for the emerging trends, which you can view in greater detail by clicking the picture below or downloading from the list below. Please feel free to share it among family and friends! 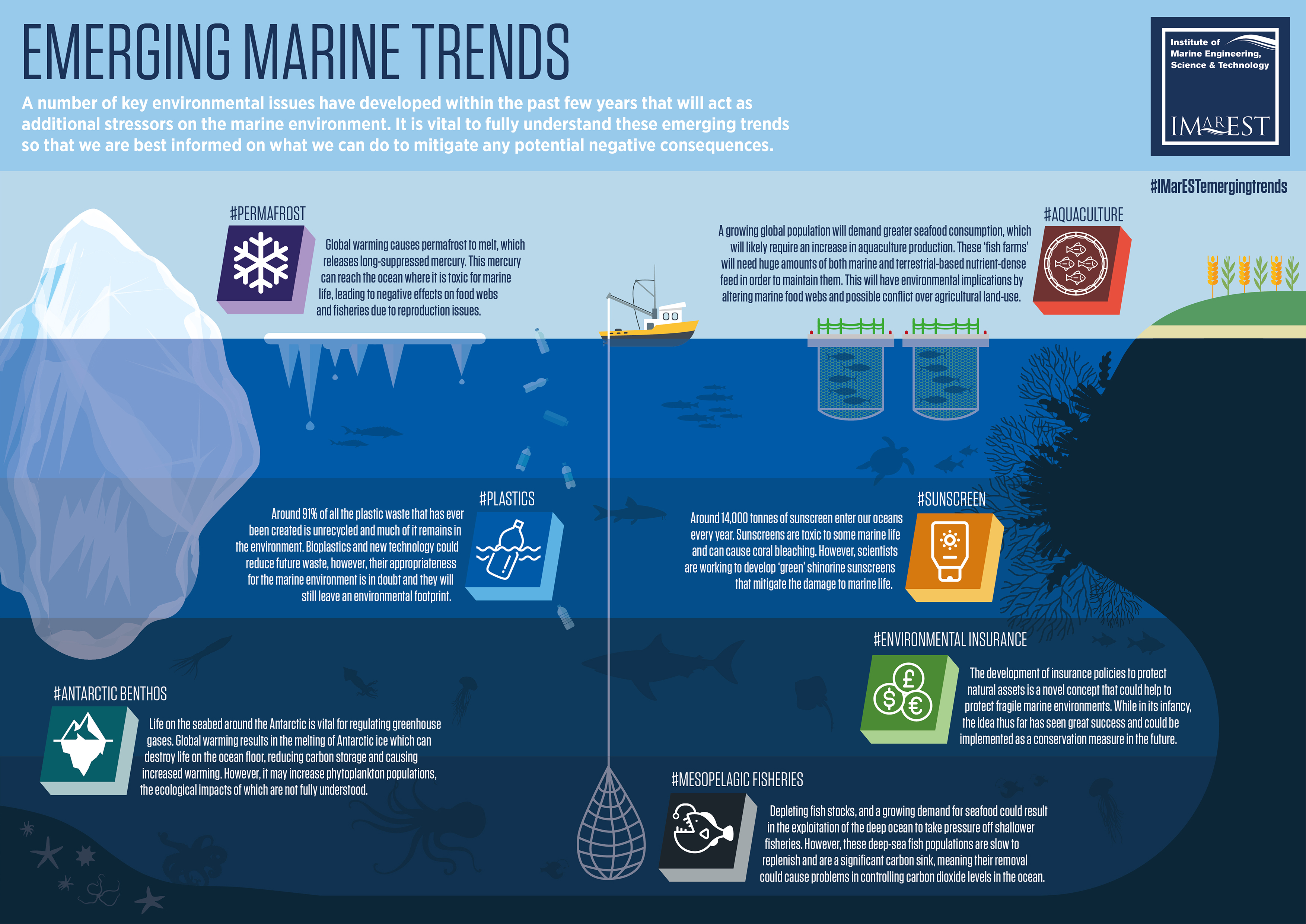 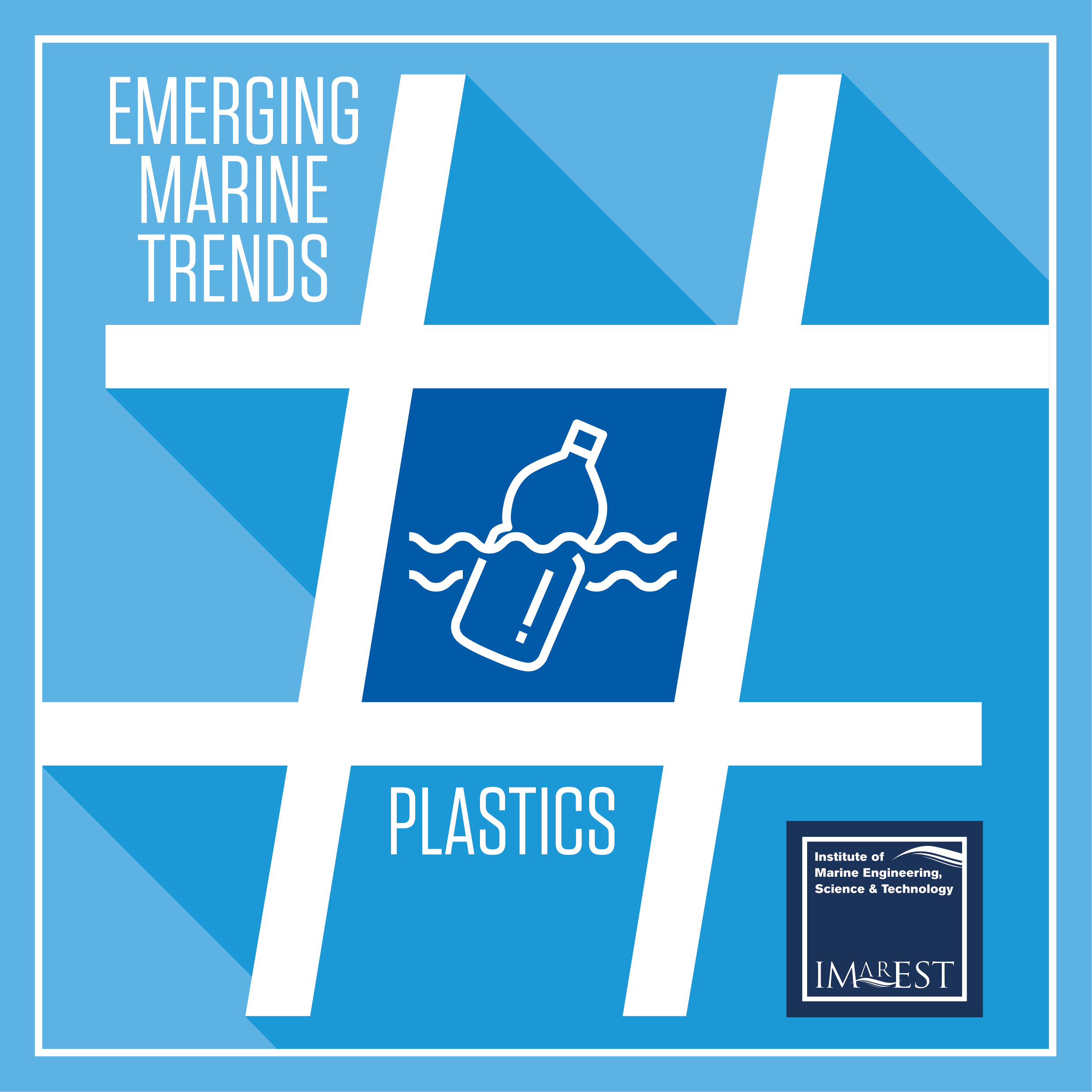 Around 91% of all plastic waste that has ever been created is unrecycled and remains in the environment. With an exhaustive list of consequences to marine life, it is crucial that we find alternatives.

One potential suggested solution is the use of bioplastics – ‘green’ plastics made using plant products that more easily degrade in the environment.

Read the full article on Plastics. 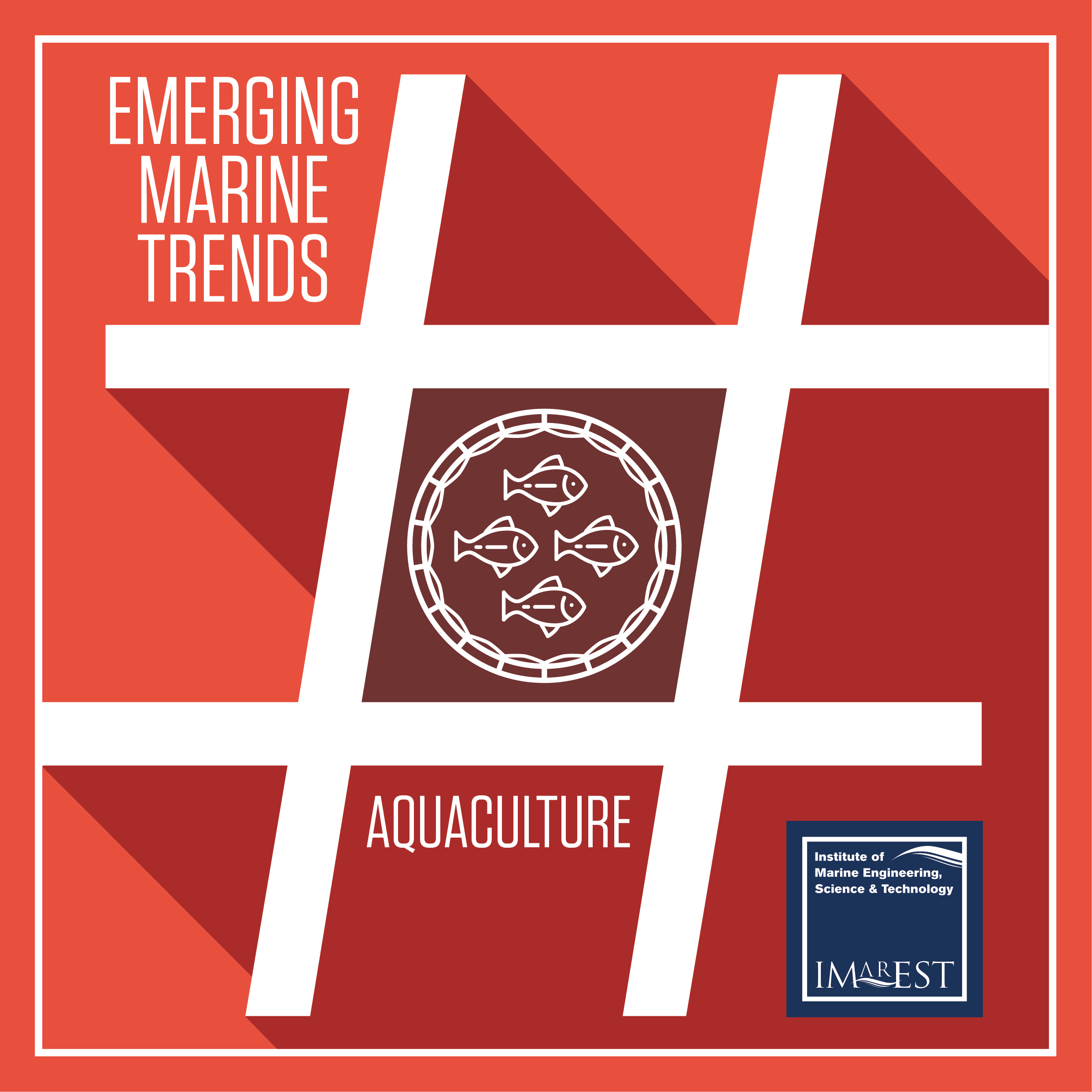 A growing global population will demand greater seafood consumption, which will likely require an increase in aquaculture production.

However, in order to sustain these ‘fish farms’ we will need to produce huge amounts of both high-protein feed in order to maintain them.

Omega-3 fatty acids can be obtained from smaller fish species, or from genetically modified oilseed crops. However, both options will have environmental implications by altering marine food webs and raises concerns of land-use conflicts.

Read the full article on aquaculture. 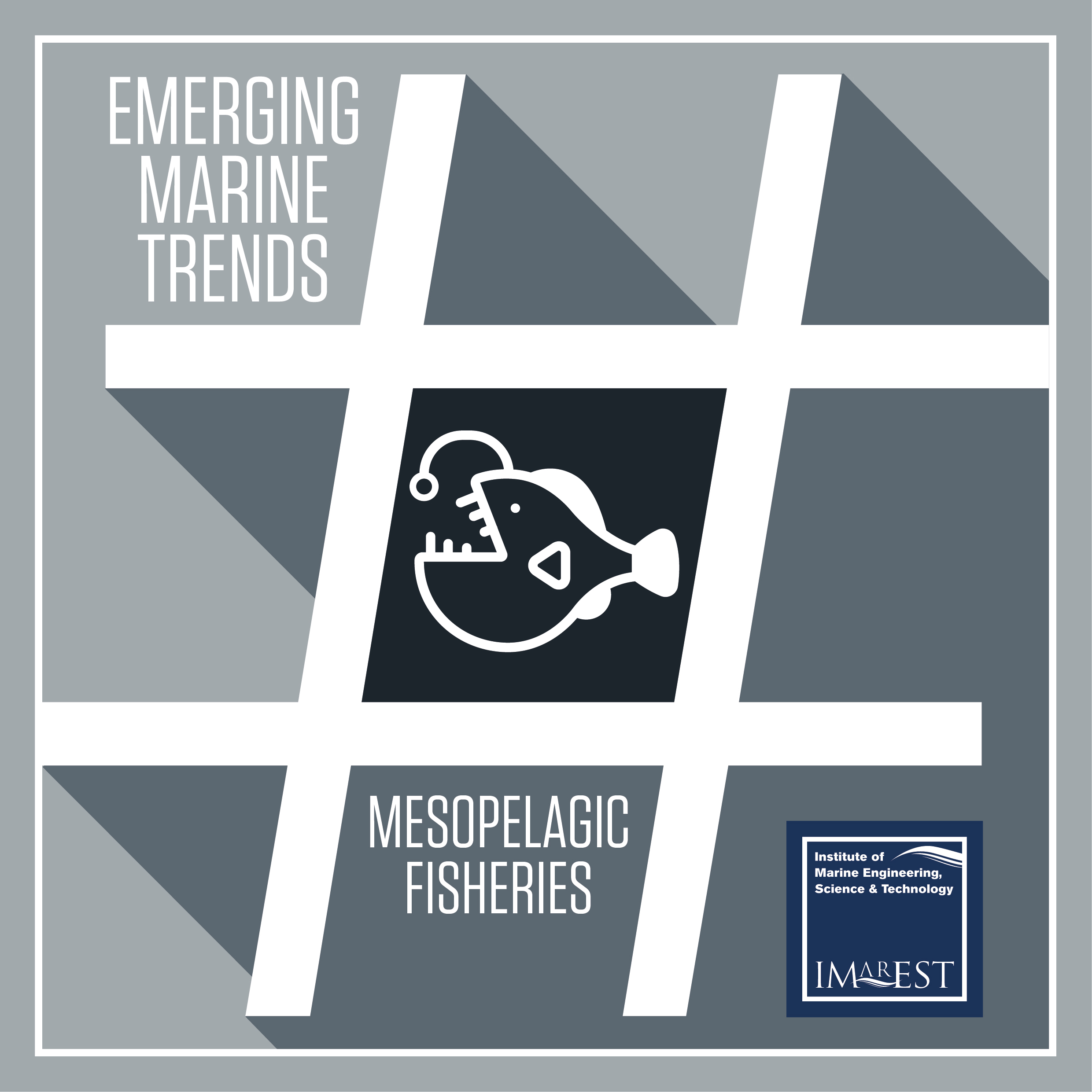 Depleting fish stocks, and a growing demand for seafood could result in the exploitation of the deep ‘twilight zone’ of the ocean to take pressure off shallower fisheries.

Species found in the twilight zone are vital for transporting carbon from the surface layers of the ocean to deeper regions, known as the ‘carbon pump’. These deep-sea fish populations are slow to replenish, meaning their removal could cause problems in controlling carbon dioxide levels in the ocean. 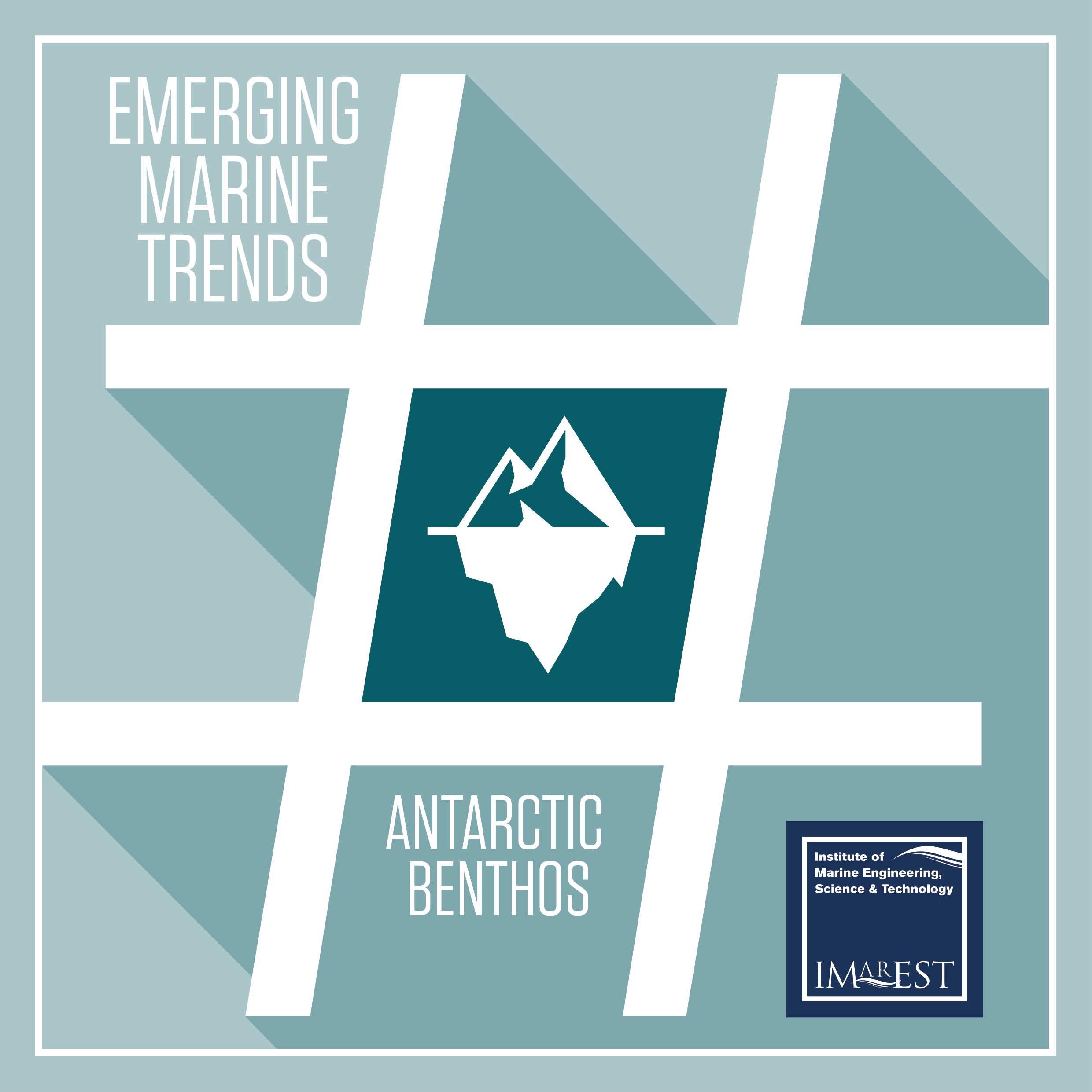 Ice is melting in the Antarctic at much greater rates than has ever been seen in the past. But what does this mean for the ocean and animals that live there?

Life on the seabed around the Antarctic is vital for regulating greenhouse gases and can become smothered from sinking sediment from the ice sheets, or icebergs scraping along the sea bed. This will further contribute to global warming.

However, it may also increase phytoplankton populations, the ecological implications of which are not yet fully understood. 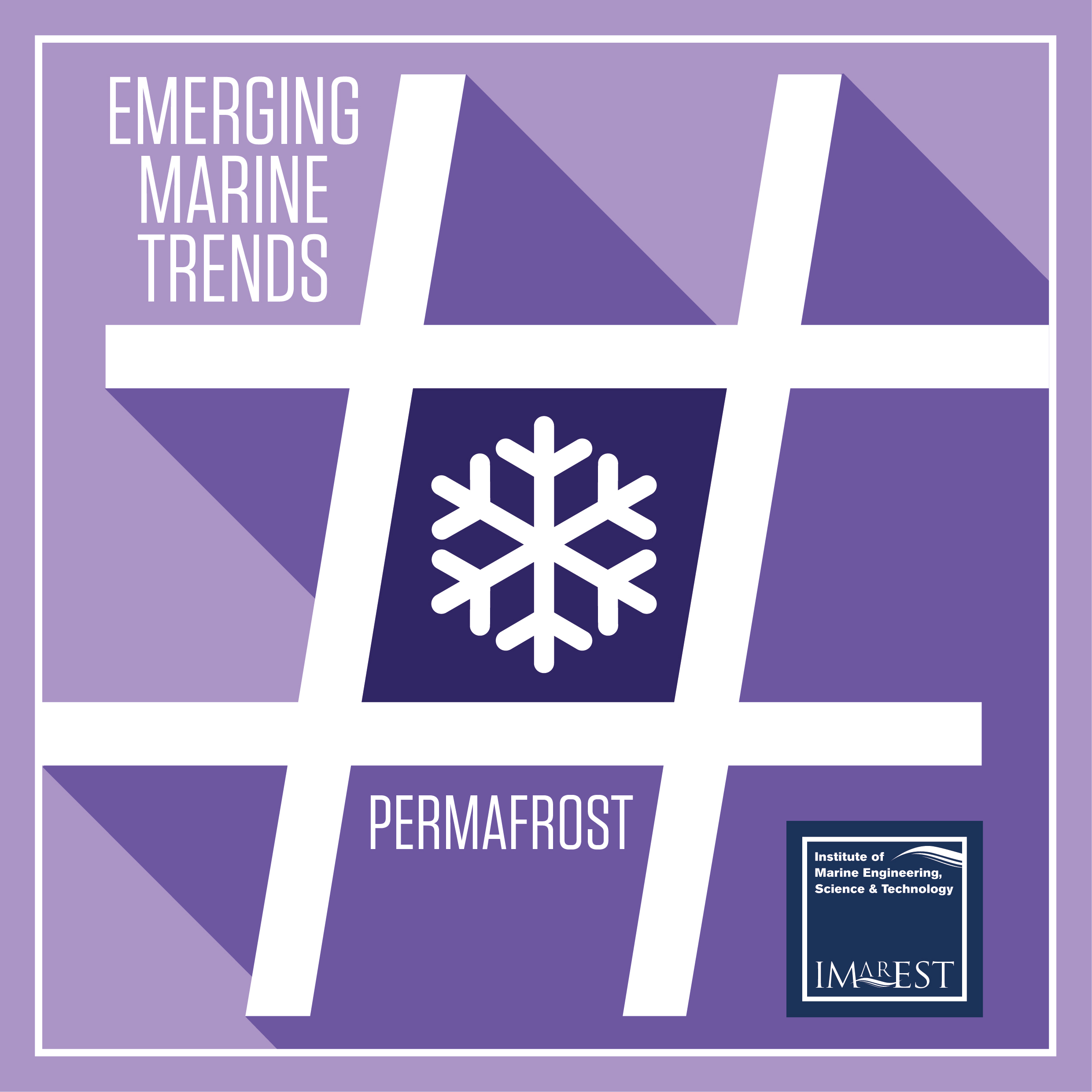 Global warming is causing permafrost (soil and rock that has been frozen for more than two years) to melt, which contains mercury.

Much of this will reach the oceans where it is toxic to marine life, causing neurological damage and affects the reproduction of fish.

The full effects on marine wildlife is not well understood and could have huge ecological and economic consequences.

Sunscreens are an essential part of protecting ourselves on holiday, but did you know it only takes a small amount of sunscreen in seawater to lead to problems such as coral bleaching?

Many sunscreens contain compounds such as oxybenzone that are toxic to corals and cause coral bleaching.

One answer to this could be shinorine sunscreen which is made from naturally-occurring ingredients that block the sun’s UV rays and degrades quickly in the environment. 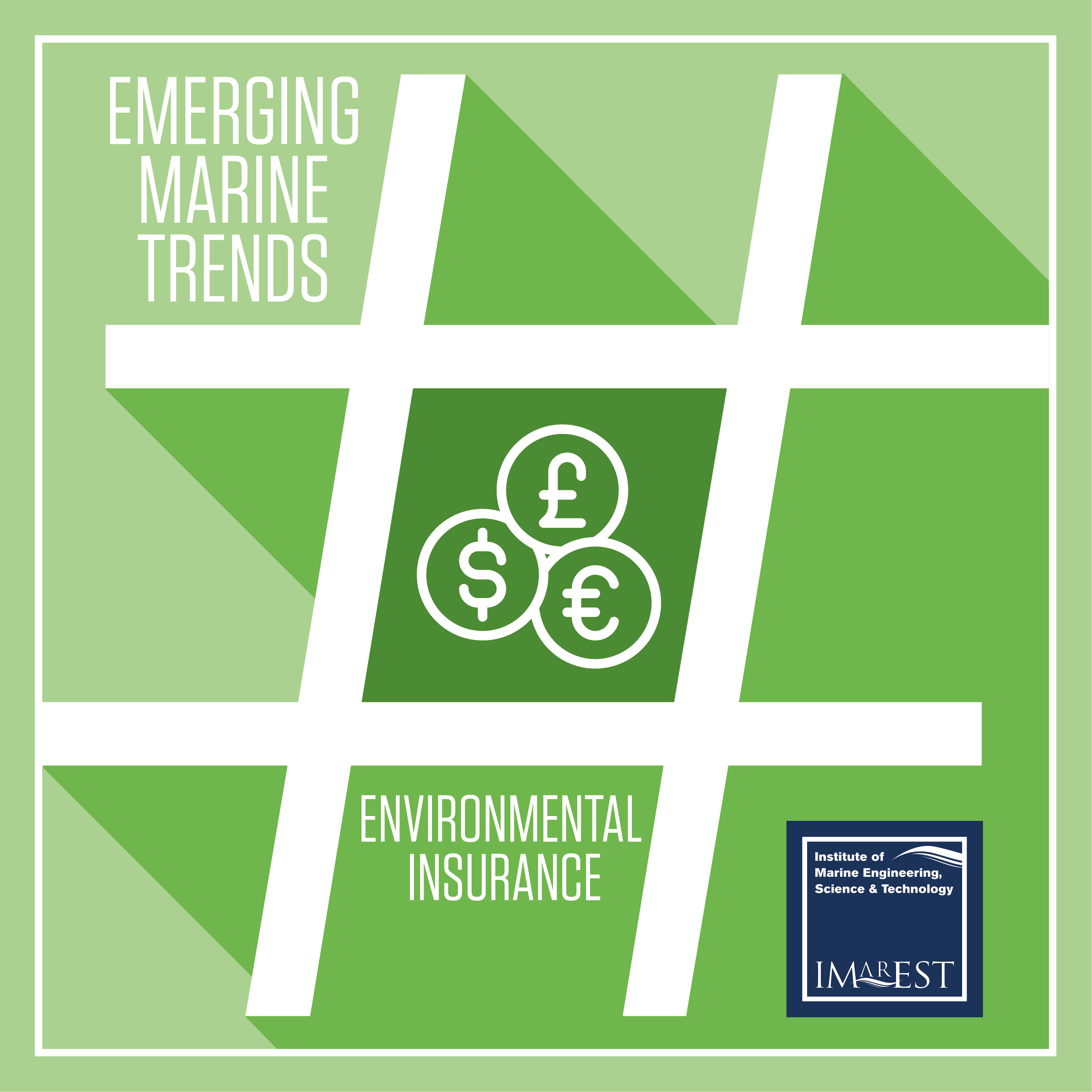 Wouldn’t it be great if we could insure against all the problems and potential environmental damages that we have discussed throughout this week?

Well, innovative new strategies could do just that as pilots of new environmental insurance policies are being trialled in areas of the Mesoamerican reef bordering Mexico, Belize, Honduras and Guatemala.

While in its infancy, the idea thus far has seen great success and could be implemented as a conservation measure in the future.