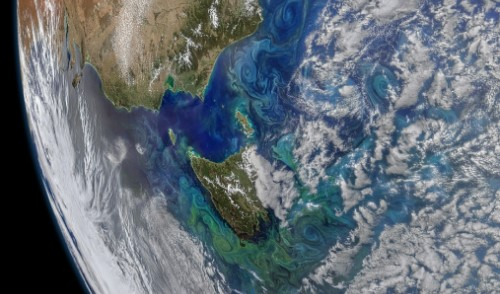 In particular, the paper explores the realisation of economic and societal benefits through such management. It discusses a number of overarching principles such as the convergence on common goals, the importance of effective communication and co-production of information and knowledge. Furthermore, it impresses the need for technological innovation, alongside innovation in designing and implementing policy and social responses to achieving global sustainability.

Within the ocean and coastal science community, there has been a long-standing appreciation of the need to create an ocean observation network. However, there is now an urgency to grow this network and engage a wider range of stakeholders with an increased understanding and appreciation of ocean issues. This is highlighted throughout the paper and utilises a number of case studies to illustrate the various methods in which such engagement can be facilitated, such as building a regional community-drive observing system as seen with the European Ocean Observing System.

It progresses to discuss other considerations in stakeholder engagement, such as partnerships between academic institutions and the private sector, the role that communities and NGOs have to play in supporting broader stakeholder engagement and embracing interconnectedness through gender diversity and involvement of both indigenous and vulnerable people.

The paper concludes with recommendations as to the necessary steps that will be required to grow such an ocean observation network, stating the utmost importance of effective communication. It also impresses the need to transition to a new societal paradigm, whereby a ‘science-society’ is the new norm for coastal and ocean observations.

Dr Bev Mackenzie, IMarEST Technical and Policy Director and lead author of the paper says: “As challenges such as climate change & increasing pressure on ocean resources impact society, there is an inevitable increasing public awareness of the value of the oceans. This awareness in turn drives a need to understand more about oceans – an understanding which is driven by ocean observations. However, with increased awareness comes an increasing need to both justify and maximise the significant financial investment required. Understanding the needs of all stakeholders (including hidden stakeholders such as vulnerable populations and non-marine industries) is evermore important. This paper explores why it's so important and how it might be done”

The paper was submitted to Frontiers in Marine Science as part of the Ocean Obs’19 series - You can read the full Ocean Observations paper here.

Other IMarEST outputs on ocean observation

Recognising how critical a strong and robust network of ocean observations is in providing the data required for assessing the current state of the ocean environment and making predictions, the IMarEST is working to further this agenda.

The Institute’s annual conference series ‘Oceans of Knowledge’, now in its third year, is pivotal in sharing the cutting-edge developments in the field. With its interdisciplinary focus, the conference provides a unique opportunity to debate how ocean observations can best support future sustainable ocean use. It focuses on the specific role of ocean observations in identifying and mitigating future risks to ocean uses and facilitating a sustainable blue economy. You can register for the conference and find a detailed agenda here.

The IMarEST facilitates the dissemination of knowledge from ocean observations through the publication of the Copernicus Marine Service Ocean State Report. Published as an annual supplement in the Institute’s Journal of Operational Oceanography, the report charts physical changes taking place in the world’s ocean over several decades.

The report is the work of more than 100 scientific experts from over 30 European research centres and draws on empirical data gathered from satellite and in-situ measurements as well as numerical models as part of the European Union’s Copernicus Earth Observation programme. The second edition of the report can be downloaded here and the third edition is expected later this year.

You can keep up-to-date with the Institute’s activity in the ocean observations field by following the Institute’s technical updates. Members can also select “Operational Oceanography” in My Interests in MyIMarEST.