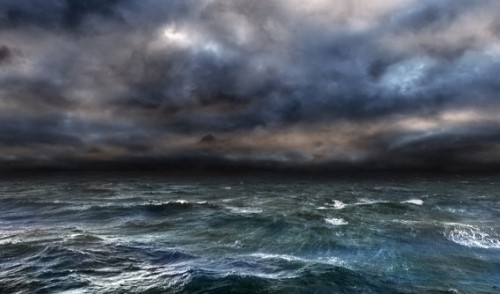 The IMarEST holds the extremely privileged position of Observer Status at the Intergovernmental Panel on Climate Change (IPCC) and will be attending the 51st session of the panel held in the Principality of Monaco.

Convening between 20-23 September, it will be refining the Special Report: Ocean and Cryosphere in a Changing Climate, due for release on 25th September.

The report will assess the latest scientific knowledge about the physical science basis and impacts of climate change on ocean, polar and coastal ecosystems. It will also present options for achieving climate-resilient development pathways.

The IMarEST hopes the options described will help facilitate the critical need to begin addressing the UN’s Sustainable Development Goal (SDG) 14, on ocean sustainability, in relation to its goal on climate action.

The IMarEST will be reporting on information contained within the report upon its official release and will reinforce the Institute’s position on climate change with the release of further documentation detailing the work of its Special Interest Groups that are working to help mitigate the array of climate-change consequences.

Follow the IMarEST newsroom and social media to stay up to date with the latest developments on the report.

Climate change and its impacts are now unequivocally recognised by the majority of the global scientific community as causing long-term shifts in both physical and chemical conditions of the oceans. Such shifts include an increase in the occurrence of extreme episodic events, variability in ocean temperatures and salinity, as well as global wind patterns that cause changes to ocean currents. With ocean acidification devastating coral reef ecosystems and rising sea-levels threatening huge stretches of our coastlines, climate change presents a grim outlook for our planet.

Recognising such dire consequences, climate change is at the very core of the IMarEST’s ethos, which is further emboldened by its vision of a world where marine resources and activities are sustained, managed and developed for the benefit of humanity. Given the imminent threat posed by climate change and the lingering scepticism of a small number of communities and individuals around the world, alongside the unwillingness of governments to accept reality and take action, the IMarEST has updated its position statement.

Learn more about our position on climate change