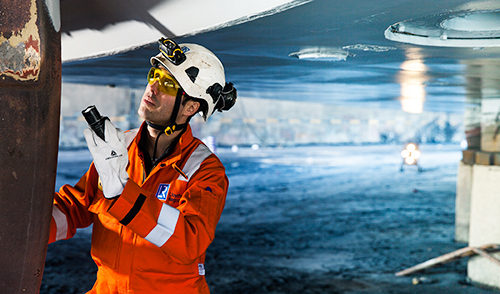 An industry-backed initiative led by the Institute of Marine Engineering, Science & Technology (IMarEST) to develop a four-year degree-level apprenticeship for those who aspire to become professional marine surveyors, has been formally approved by the UK government’s Department for Education (DfE).

In recent years, employers such as classification societies, P&I Clubs and other specialist insurers, as well as governmental bodies like the UK’s Maritime Coastguard Authority (MCA) have struggled to recruit and retain competent seafarers and other surveyor candidates. They increasingly have to import talent from overseas.

The role was traditionally filled by former merchant navy deck and engineering officers or shipyard technical staff. These streams are drying up. The pool is smaller and those who are left are attracted to jobs that do not involve working outside in all weathers and dealing with managing risk.

The shortage in qualified surveyors is exacerbated because, in stark comparison to the dwindling number of large ships on the UK Ship Register, the number of workboats and other smaller tonnage UK vessels has swollen. Research conducted by the National Workboat Association found the shortage was affecting their members by delaying pre-purchase, on and off charter, condition surveys, damage and warranty surveys, MCA Code surveys and IMCA operational safety inspections.

The Trailblazer Group scoured documentation from International Association of Classification Societies (IACS), leading classification societies and the MCA to ensure the scope of the apprenticeship would fully capture employer requirements.

In the course of their work, surveyors inspect a wide variety of ship and vessel types, each with different purposes and requirements, to verify that safety rules and regulations are complied with and the ship is fit for purpose. While each vessel will have different focus areas depending on its function and intended mission profile, surveyors need to possess and share common knowledge areas, skills and behaviours required for each of their duties.

The Trailblazer Group was supported in its efforts by the Institute for Apprenticeships (IfA), the government body charged with scrutinising courses ahead of their approval. One of the first tasks was to appraise the duties and technical aptitudes needed by marine surveyors of all sizes and types of vessel to carry out the profession’s role. During this phase, it became clear that the specialist knowledge and rigour needed for the qualification was equivalent to a university degree.

The apprenticeship takes candidates with relevant A-level qualifications or equivalent and provides them both academic studies and specialist practical training to produce competent and self-reliant surveyors at the end of the four-year programme.

A framework for rigorous assessment is a vital ingredient in any apprenticeship. By acting as an end-point assessment authority, the IMarEST ensures appropriate professional oversight of the candidates’ performance as they transition from apprentice to fully-qualified maritime professional. So apart from creating a competent marine surveyor, it offers successful candidates who go on to gain two years’ professional experience a new route for applying for IMarEST membership and registration as an Incorporated Engineer.

The DfE granted the apprenticeship the highest band of financial support to employers, allowing them to spend up to £24,000 towards the education and training expenses per candidate over the four year programme. In contrast to outsourcing the training to a third-party, an apprenticeship gives employers far greater scope to ‘mould’ surveyors throughout the four-year programme.

The administrative support provided by the IMarEST contributed significantly to the DfE’s approval of the apprenticeship in 18 months, which is very quick for such a scheme.

Alan Cartwright said: “What this apprenticeship provides is a funded means for the UK's maritime administration (MCA), classification societies, insurers, and others the opportunity to recruit, educate and train their surveyors through an industry-specific degree-level apprenticeship. Because the course can be subsidised by the UK’s apprenticeship levy, it will also assist charitable organisations like the Royal National Lifeboat Institution (RNLI).”