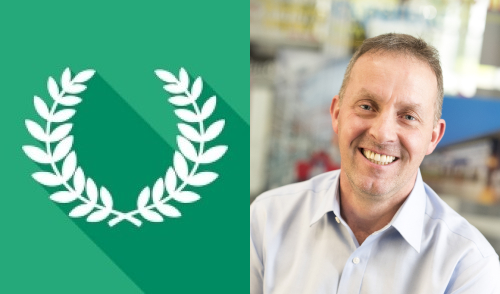 Dr Tuersley is a Chartered Marine Engineer and has been involved in teaching at Warwick University for over 23 years.  In that time he has been recognised with several awards for the quality of his teaching and the innovations that he brings to his courses, including the 'Warwick Award for Teaching Excellence' (WATE) – the University’s highest award for teaching excellence.

While his demonstrable array of past teaching excellence is apparent, his nomination for the IMarEST Outstanding Contribution Award was based on his engagement with the IMarEST ‘European International Submarine Races’ (eISR) and the US equivalent (ISR) competitions over the last seven years. His involvement has reaped a substantial amount of educational benefit that he has developed and disseminated throughout the higher education sector as a result of this engagement.

Since 2013, Ian has led teams of final year MSc Engineering students from Warwick University in a group project which has aimed to enter each year’s iteration of the eISR/ISR competition. These teams comprise between six and eight students of various engineering disciplines, tasked with designing and building a human-powered submarine to the exacting specification of the US and European competitions.

Since the team’s first involvement in these competitions in 2014 at the eISR hosted at the Qinetic Ocean Basin at Gosport, UK the team have been remarkably successful, having been the winner of 'Day 3 Racing' and ‘Most Dramatic Performance' prizes at eISR 2014, amongst other prizes.

Warwick University is the current UK champion of the submarine races, against more established ‘marine engineering’ institutions such as Bath and Southampton universities.  The successes of the teams’ activities over the last seven years have featured on regional radio, television and press as well as in several prestigious publications such as the Royal Academy of Engineering’s Ingenia magazine [September 2017 edition].  Furthermore, every student involved in the Warwick Submarine Group Project has achieved a first-class grading for their project under Dr Tuersley’s supervision.

In 2015 Ian and his team of students were invited to present their work at a meeting of the West Midlands Branch of the IMarEST.  The presentation was a great success, with students impressing the branch members with their work. Ian Tuersley was subsequently invited to join both the IMarEST and the Midlands Branch, where he has served since early 2017.

He was elected as a Fellow of the Institute in March 2018.