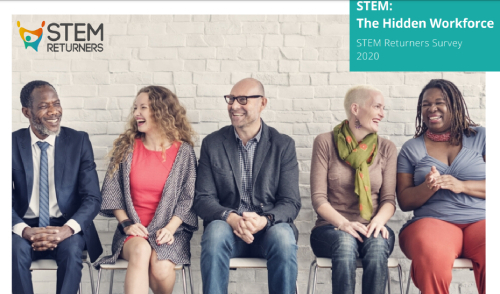 More than 8 out of 10 people seeking to return to jobs in the engineering industry feel they have been victims of a biased recruiting system, and two thirds feel the traditional recruitment process works against them. Already a significant issue, this bias has the potential to have a negative impact on the efforts to re-employ the thousands made redundant due to Covid-19.

These are the findings of a new survey by STEM Returners, an initiative set up by the IMarEST and Women's Engineering Society, which helps professionals to return to full time engineering jobs after a career break. Nearly half of those helped are women and a third are from ethnic-minority backgrounds.

It points to a huge pool of talent being overlooked by an industry faced with advanced skills gaps – 9 out of 10 returners surveyed said they were educated to Bachelor's, Master's or PhD level and 46% have over 10 years engineering experience. Nearly half the respondents said their career breaks were for less than 2 years.

Natalie Desty, director of STEM Returners, wants employers to encourage and support would-be returners by helping to refresh their skills and tackle unconscious bias in CV screening. Two thirds of the 350 returners taking part in the survey applied for more than 20 positions – with only 3% getting replies turning them down.

“There’s no such thing as a “ standard returner”. People take career breaks for a huge variety of reasons including maternity or caring responsibilities, ill health, redundancy and relocation,” she said.

“There is a reason that attracting and recruiting returners as a separate strategy works alongside standard recruitment. Conflicting priorities, line managers and employers searching for ‘their’ perception of the best candidate creates an unequal opportunity for returners to be considered.

“We need to ensure returners have an equal opportunity and change a culture that still views career breaks negatively instead of a completely normal part of many people’s working life,” she added.