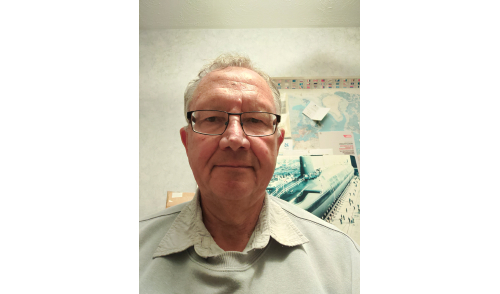 This article was initially published in issue 1 2021 of Marine Professional magazine.

IMarEST Fellow Mike Plaskitt explains why it’s vital that engineers work as part of a team and why complex systems design cannot be done from home.

How did you first get into the marine industry?

You have focused on submarine design for much of your career. Talk us through the design successes and failures over that time.

It is difficult to talk in detail as many of the submarine designs that I worked on are still in service. Most of the failures have been in the detail and required remedial action to internal systems. I remember the hydraulic relief that discharged into the captain’s cabin, the fresh water tank vent that discharged onto the gyro compass, and the relief that shattered its seat the first time it closed and pumped a tankful of oil into the electronics store. But these were all minor problems that could easily be dealt with and came from not being able to have a prototype. The biggest success must be the Vanguard class. Designed and built largely in the 1980s, Vanguard – the lead of the class – went on patrol two weeks ahead of schedule in March 1992.

“Engineering is fun, enjoy it”

In your view, where should the design focus for naval engineering be tomorrow?

I believe we will see improvements in unmanned vehicles above, on and below the surface, but we will need some sort of mother ship to give those UVs the range for deep-ocean operation. These ships will need to use the technology that is developed to power commercial shipping, as the money for radical solutions is unlikely to be available. Note the HMS Queen Elizabeth, which is mainly diesel-electric drive with gas turbines for high-power demand, a concept that was developed for the cruise industry, where similar power requirements exist.

Do you think enough consideration is given to safety when bringing in new technologies or processes?

Adequate safety is a key element in the design of any system. However, there is no such thing as absolute safety. The best efforts of the best designers cannot guarantee that nothing will ever go wrong. The trick is to judge what ‘adequate’ means and to achieve that level in the design.

The techniques for evaluating the level of safety in a new technology have been refined in recent years and should ensure that the agreed safety level is achieved. This does not mean that failures won’t happen; where humans are involved, there is always the chance of error, as Boeing found out with its 737 Max. Many high-profile accidents have involved someone ignoring the advice from the engineer because, for some reason, it was inconvenient.

Tell us more about your involvement in the development of a marine engineering centre of excellence for the MOD.

The Royal Naval Engineering Service was formed to provide ‘continuity of progress’ and overcome the fragmentation of knowledge that resulted from individual naval engineers seldom spending long in any one role if he (and they were all ‘hes’ in those days) wanted to maintain his prospects of promotion. We moved in different circuits, gaining experience to bring a different perspective to the design and support teams. This has gradually been eroded as the emphasis has turned to project management and the engineering has largely been outsourced to industry. My view is that you cannot manage a project if you do not understand the technology, but it is expensive to maintain the knowledge when new designs do not come along that often.

How important is mentoring and peer review capability in this industry? Do you think we are in danger of losing expertise on that front?

It is very important for all engineers to work as part of a team. I cannot see working from home as a viable method of design for complex systems, despite the improvements in technology for communication and visualisation. Mr Dyson may have been able to develop his cleaner in his shed, but most complex systems need people working together to develop solutions. Young engineers need to be nurtured to realise their potential, and older engineers need the fresh ideas brought by new team members.

Mentoring younger engineers is the most important part of any job, as it is the main thing that you leave behind.

What is the biggest challenge facing the marine industry today?

Power production; the days of fossil fuels are limited and it is difficult to replace them for long sea voyages. The number of technologies being promoted both for sea and land holds a lot of promise, but none are sufficiently developed to be the solution. It is an interesting time for any young engineer to be in the industry, but that has probably been true since someone found a better way of hollowing a log.

With everything you have learnt through your career, would you still encourage engineering as a career to school leavers?

I would strongly encourage any young person who has any interest in engineering to follow this as a career path. You are unlikely to become very rich – like someone in the financial district – but you can have an interesting and varied career that will provide a comfortable life.

I have not enjoyed every minute, but there are far more positive things than negative. Above all, engineering is fun; enjoy it.