Seeking your views on the value of seabed mapping Featured 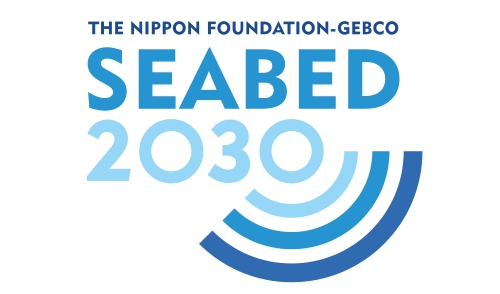 The Nippon Foundation – GEBCO Seabed 2030 Project has launched a study on the value of seabed mapping. Take part in the survey to contribute your views on the environmental, social and economic benefits of the Seabed 2030 project's aim of 100% of the seafloor mapped by 2030.

Find out more about the context of this survey from the information below.

The IMarEST is looking to reinvigorate its Hydrography SIG, so if seabed mapping is of interest to you, please get involved by emailing

Our relationship with the seas and oceans is evolving rapidly. We have long understood the importance of protecting marine ecosystems. More recently, science has broadened our understanding of the important role the oceans play in regulating the Earth’s climate. The shape of the seabed is a crucial parameter for understanding ocean circulation patterns that distribute heat between the tropics and poles. Bathymetry data also supports detailed assessments of future sea-level rise, as well as tsunami and storm surge modelling to provide the basis for actions to protect coastal communities.

Now, many coastal states are beginning to apply in-depth analysis of how all marine and maritime interests can come together. Integrated ecologically sustainable plans to develop and maximise each nation’s Blue Economy – both to protect and benefit from their marine resources – are emerging at pace. That should come as no surprise when, globally, it’s estimated that the Blue Economy will be worth more than £2.3 trillion by 2030, supporting 40 million jobs. As well as quantifying traditionally important marine industries such as maritime transport and tourism, the key Blue Economy report from the Organisation for Economic Co-operation and Development (OECD) highlights offshore wind, fish processing, industrial marine aquaculture, port activities and industrial capture fisheries as the top five growth sectors.

At the top of that list, offshore renewable energy is hurtling from promising concept to a core element of many nations’ integrated energy planning. While, at present, over 80% of all offshore wind installations are located in the waters off the coasts of 11 European countries, more detailed plans are emerging across the globe.

While Japan only had a relatively small installed offshore wind power capacity of 66MW by the end of 2019, many more projects are also in the pipeline. In February 2020, plans were revealed to construct 33 new turbines in offshore wind farms at the Akita and Noshiro ports in the Akita prefecture. Japan’s high population density and topography present challenges for land-based renewable initiatives, but it does have a lot of coastline, which allows offshore wind farm projects to be significantly bigger than those that can be built onshore. Last year, the International Energy Agency commented that by 2040 offshore wind power alone has the potential to meet Japan’s total power demand nine-fold.

To achieve such progress, the next frontier for the Japanese wind farm sector – as with all nations – will be to push further offshore. As much as 80% of the of the total potential for offshore wind power is estimated to be in deep waters, where winds are much more forceful. Japan is surrounded by deep seabeds, so has the potential to add significantly to the five floating turbines they currently possess. With the floating wind farm sector predicted to be worth £32bn by 2030, the race is on.

Other nations will be watching progress keenly. Indonesia’s electricity needs are predicted to grow by 7% annually until 2027, and its government has committed to providing 23% of all electricity generation from renewable sources by 2025 (from under 6% in 2015). Until now, offshore wind energy has not played a large part in Indonesia’s total renewable energy goals as its application is considered too expensive in the deep waters of the Indian Ocean. Floating wind has the potential to change that view – of great interest as the country boasts the third largest coastline and sixth largest Exclusive Economic Zone in the world.

At the macro level, the challenge for coastal nations is to align seemingly disparate marine and maritime sectors into a coherent and measurable whole. At the start of June, the U.S. Bureau of Economic Analysis and the National Oceanic and Atmospheric Administration (NOAA) for the first time quantified the total value of America’s marine economy. Including goods and services, it was estimated that America’s oceans and Great Lakes contributed approximately $373 billion to the nation’s gross domestic product in 2018 – thus growing faster than the nation’s economy as a whole. Aligned to this potential, the U.S. has committed to map its entire EEZ (the second largest in the world), aiming to map its deep waters by 2030 and nearshore waters by 2040.

Over in Asia, Bangladesh has recently established a forward-thinking Blue Economy Cell (BEC) to co-ordinate relevant activities across sectoral ministries. The country has a coastline 710km long and boasts 1.1 million square kilometres of Exclusive Economic Zone in the Bay of Bengal. Economists predict that the sustainable utilisation of these marine resources could enable an additional £1.12 billion in revenues annually. Such a return would help to propel Bangladesh from lower-middle-income country to middle-income status, as defined by the World Bank. The BEC has identified 29 relevant sectors – from cruise and coastal tourism to fisheries – providing a crucial platform for further cross-sector analysis and activity.

Such complexity is repeated across the world’s seaspaces, which are becoming increasingly congested. Modern, forward-looking marine spatial planning needs to factor in shipping lanes, fisheries, aquaculture, Marine Protected Areas, coastal tourism, the protection of marine cultural heritage and the roll-out of fibreoptic cables to feed a data-hungry world. Many factors will affect these sectors’ ability to plan ahead, but there’s no doubt that what they all need in order to establish planning certainty is an accurate, up-to-date map of the seabed, obtained using modern survey methods. Marine geospatial data is the cornerstone of the Blue Economy.

Some waters are relatively well charted; other nations are not so lucky, so are at an instant disadvantage in their ability to understand and sustainably manage their natural marine resource. Over 80% of the World Ocean remains unmapped with modern high-resolution mapping technology.

The project was launched officially by the Chairman of The Nippon Foundation at the UN Ocean Conference in 2017, with operational activity commencing in 2018. In time terms, therefore, we are now nearly a quarter of the way through our 13-year challenge of mapping the world’s seafloor by 2030. We have been hugely encouraged by the support we have received to date from the marine geospatial community. Advice, support and enthusiastic encouragement has been gratefully received. Donations of huge amounts of bathymetry data from commercial marine survey companies and marine institutes has been hugely welcome. The rapid establishment of one Global and four Regional Data Centres has strengthened co-ordination and collaboration potential.

With this infrastructure in place, it’s now time to really put the “Wind in the Sails” of our mission, and power towards producing the definitive, high res¬olution bathymetric map of the entire ocean by the year 2030.

Thankfully, all sections of the marine data collection sphere are bursting with amazing examples of innovation. Incredibly versatile autonomous underwater vehicles (AUVs) and autonomous surface vehicles (ASVs) are collecting digital data at depths and rates considered impossible even five years ago. Such seabed innovation is matched in the skies; satellites are now able to provide bathymetry quickly and cost-effectively in coastal areas with the right environmental conditions. The proliferation of data collection rates is only worthwhile, though, if useful analysis can be applied. Fortunately, developments in machine learning make it possible to process and analyse volumes of data that far outstrip any potential human endeavours.

However, in order to prioritise the appropriate utilisation of these technologies, as a community we need to challenge ourselves to develop a coherent, evidence-based analysis of the value of such endeavours.

A body of evidence already exists that supports the relationship between ocean floor shape and the processes and issues that are touched on above. That said, while much of this is open source, it is not all in one place. We started the Seabed 2030 project with a strong commitment to avoid duplication and instead work towards fostering a close collaboration for the most efficient use of global resources. In that spirit, we are launching a short piece of work with Blue Economy solutions company NLA International to start to gather this evidence together.

The more data we acquire about the details of seabed shape, the more we recognize that the ocean and its floor are more dynamic than we ever thought. By cataloguing models used to help quantify the environmental, social and economic values and benefits of seabed mapping, we will be in a much better position to articulate the areas in greatest need of being surveyed – and, crucially, why government, industry, academia and philanthropy should support such activity. To contribute to the survey, please click here.

If you're interested in seabed mapping, please get involved with the IMarEST's Hydrography Special Interest Group by emailing