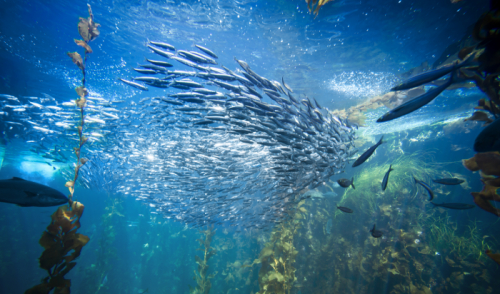 The MEPC has no shortage of pressing matters that are currently being addressed, including review of the biofouling guidelines, ballast water compliance, and managing plastic pollution from ships. Due to time limitations, several issues and submissions had to be deferred to the next meeting.

This report gives an overview of the discussions that the IMarEST supported and provides an update on key outcomes relevant to IMarEST members. The Committee’s report about the session is made available by the IMO and can be accessed on the IMO Docs website.

Overview of key outcomes from MEPC 76

The IMO GHG strategy sets out short-, mid- and long-term measures. Before adoption of short-term measures a comprehensive impact assessment was required, the previous session of MEPC approved terms for this assessment (details are available in paper MEPC.1/Circ.885) and during MEPC 76 the committee considered the report of this impact assessment.

Views from member States differed. Supporting comments highlighted the value of the report to support informed decisions as a highquality study that incorporated multi-stakeholder perspectives, whereas other views expressed had noted concerns relating to uncertainties in the study and a need to consider both positive and negative impacts. Some of the key concerns also referred to potential issues that some countries would be negatively impacted by the measure and called for further assessments to be undertaken or for the Committee to consider waivers.

The IMarEST has some concerns that the impact analysis undertaken may not result in a balanced representation of the impact of the measure on the fleet - and therefore States - due to the risk that positive and negative impacts may not be adequately balanced. Our submission to the Intersessional Working Group (ISWG) held earlier in May addressed some of these issues and discussed how the measures can be expected to unlock low cost - and as yet unrealised - efficiencies.

The MEPC Committee invited the submission of new proposals on how to keep the impacts of the short-term measures under review and how to undertake a lessons-learned exercise. This will be continued at the next intersessional meeting on GHG and at MEPC 77. The Committee also discussed a proposal for introducing a waiver clause for some specific voyages, but it was not taken forward as the existing impact assessment met the terms of reference and because, at this stage, there is not sufficient supporting evidence.

As part of the next stages in the IMO GHG strategy, a new workplan on short- and medium-term measures was reviewed and approved by the Committee. The workplan compromises 3 phases which include;

In further support of ongoing efforts to tackle climate change, MEPC 76 also explored ways of encouraging uptake of ultra-low and zero-carbon energy sources, and approved a plan to accelerate consideration of revised levels of ambition for market-based measures (MBMs). The Committee debated proposals for funding for a research and development scheme – the International Maritime R&D Board and Fund (IMRB) – including suggestions for an independently appointed IMRB that would be overseen by the IMO and a carbon levy. Discussions were based around policy and governance considerations, but whilst the committee is keen to support new research and innovation in low-carbon solutions there were differing views on the practicality and impact of current proposals. As such, the Committee decided to invite new proposals and to resume discussions during the next session.

The IMarEST supports the need for urgent work on mid-term measures as we are optimistic that it is feasible to transition shipping away from fossil fuels whilst ensuring this happens equitably and with its impacts duly addressed. The initial strategy has already committed to decarbonisation, and we believe this can be addressed with minimal disruptions to trade and economic development if the transition in shipping begins sooner rather than later - thereby allowing to reduce the timescale and increase the speed at which the transition can, and needs to, be undertaken. The IMarEST will look to contribute with analysis and technical expertise from its members to support this important work.

Due to the intense discussions and limited time available, several issues had to be deferred to the next MEPC including the potential of biofuels, wind propulsion systems, and measures for additional GHG emissions (e.g. methane).

New amendments to MARPOL Annex VI - which deals with the prevention of air pollution from ships - were reviewed by a virtual drafting group and adopted during this MEPC session. In particular, these amendments relate to carbon intensity indicators for shipping. The new amendments introduced a goal based short-term measure with Energy Efficiency Existing Ship Index (EEXI) and in-service carbon intensity management as functional requirements. An updated annex and new regulations will come into force on 1 November 2022.

With regards to new and attained EEXI ships will be required to improve technical efficiency, so they are comparable to an equivalent new build (as new builds would be required to comply with the applicable EEDI Phase).  Similarly, regarding operational carbon intensity a new regulation will require a linear reduction in in-service carbon intensity of ships between 2023 and 2030, in order to support goals for the global fleet to meet an average reduction of at least 40% by 2030 when compared with 2008. A number of guidelines to support the uniform implementation of EEXI and operational carbon intensity measures were also approved.

In considering the report from the recent meeting of the GHG Intersessional Working Group (ISWG-GHG 8) the Committee discussed recommendations on technical guidelines on carbon intensity reduction. MEPC 76 adopted various resolutions to support the EEXI and CII frameworks including on carbon intensity indicators (CII) calculation methods, reference lines, reduction factors, and ratings. The Committee debated the issue of CII reduction factors in particular; the ISWG-GHG had put forward a compromised proposal on reduction factors for 1% and 2% annual carbon intensity reduction [in 2 respective phases] for consideration by the MEPC. Whilst many delegations supported the proposal as a realistic target that would align with the goals of the IMO GHG strategy, there was also some disagreement on the proposals with comments raised to support the principle but not the specific targets or to oppose the recommended reduction factors. Some concerns were noted that the existing proposals would not be sufficient to reach the 22% target, and that there could be further implications by not supporting behavioural changes in the industry to support later stages and measures.

The importance of addressing climate change is clearly recognised, especially with ever increasing evidence coming to light, for example a new paper published from the World Meteorological Organisation shows that the probability of reaching 1.5°C as an average global temperature increase in the next 5 years has increased to 40%. The MEPC is committed to continue working to develop an appropriate international regulatory framework to reduce GHG emissions from ships in line with the vision and ambitions set out in the Initial IMO GHG Strategy.

As part of the drafting group discussions, an IMarEST submission relating to suggested editorial edits on the wording associated with the Baltic Sea and the North Sea Emission Control Areas [in regulation 13]  was also considered. The paper aimed to offer editorial comments to ensure consistency within the various MARPOL Annexes.  All of the edits raised in this paper were accepted in full.

Amendments to the AFS Convention

The IMO has been considering scientific evidence on the harmful environmental impacts of the biocide cybutryne, and new controls on the use of cybutryne were approved at MEPC 75. During this session the Committee adopted amendments to the International Convention on the Control of Harmful Anti-fouling Systems on Ships (AFS Convention) and International Anti-fouling System Certificate (IAFSC) to bring in these controls.

The new regulations will require ships to stop using any anti-fouling coatings containing cybutryne from 1 January 2023, and to remove or seal existing systems on ships with an appropriate barrier at the next scheduled renewal after this date.

The next session of MEPC (MEPC 77) is planned for November 2021, and intersessional meetings for the ISWG-GHG is also planned for September and October 2021. The Committee also established the correspondence groups on carbon intensity reduction that will continue discussions in the meantime. The IMarEST will continue to support ongoing discussions and inform members of relevant updates.

If you would like to learn more about the IMarEST’s engagement on these issues and our ongoing work at the IMO you can join the IMarEST’s Special Interest Groups (SIGs). The SIGs are open to all IMarEST members. Becoming a member of a SIG provides a platform to discuss issues with other members and gives you access to news and research updates through regular emails. To join a SIG, sign in to the My IMarEST member portal, click on My Special Interest Groups and tick the boxes of the SIGs you would like to join. Doing so will add you to a SIG's correspondence group. After joining a SIG you should then join the relevant SIG's group on Nexus, the IMarEST networking and collaboration platform. This will enable you to connect and engage with other members in the SIG.

If you would like to get involved in the running of SIGs as a committee member or would like more information on how to participate at IMO, please email to find out more.