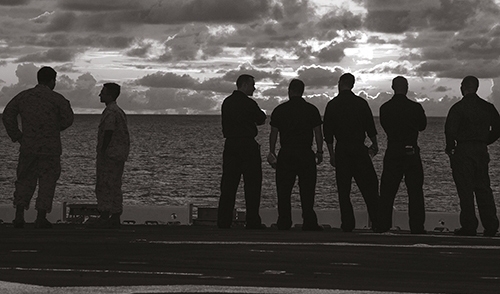 The aim of this report is to provide a summary of the key discussions and outcomes of the 4th session of the IMO Human Element, Training and Watchkeeping Sub-Committee (HTW 4) which is relevant to the IMarEST’s work.

The IMO has a programme of model training courses which has been developed out of suggestions from a number of IMO member States following the adoption of the International Convention on Standards of Training, Certification and Watchkeeping for Seafarers, (STCW), 1978, as amended. The IMO has designed the series of courses to help implement this Convention and, further, to facilitate access to the knowledge and skills demanded by increasingly sophisticated maritime technology. The courses are flexible in application: maritime institutes and their teaching staff can use them in organizing and introducing new courses or in enhancing, updating and supplementing existing training material. HTW Sub-committee validates a number of model courses as part of its work programme.

HTW 4 validated a number of model courses among them:

The Sub-Committee noted that the Correspondence Group had identified the following issues that should be part of the required training for operation in polar waters:

such as POLARIS, Canada's Arctic Ice Regime Shipping System and the Russian Ice Certificate. For more information on how the IMarEST plans to address these issues, please join the Arctic SIG.

The Sub-committee requested the support of member States and organizations in the development, review and update of IMO model courses and received expressions of interest for the establishment of the following Review Groups for new model courses on

and for revision of existing model courses on:

If you wish to get involved in the review of any of the subject modules as listed above, please e-mail

The Sub-committee noted that priority should be given to the development of model courses for seafarers on ships using gases or other low-flashpoint fuels subject to the IGF Code. This is due to insufficient supply of qualified and certified personnel as the first LNG–fuelled ships are delivered or conversions are completed.

If you are interested in becoming more involved in discussions related to the use of gases and other low-flashpoint fuels in shipping you could consider joining the Alternative Fuels for Shipping SIG and/or the Emissions from Shipping SIG.

Role of the Human Element

Under this agenda item, a paper (HTW 4/7) had been submitted by New Zealand and several co-sponsors that drew attention to concerns about the 6on/6off Master/Chief Mate watchkeeping system and expressed the view that it compromises the requirements of Res A.1047(27) on “Principles of Minimum Safe Manning”. During discussions in plenary, the IMarEST supported the concerns raised in the paper and suggested that the whole concept of the use of 6on/6off watchkeeping should be reviewed whether or not the Master is cited as a watchkeeper. The Sub-Committee concluded that the proposals put forward in paper HTW 4/7 were out of its scope and that any work on manning issues has to be approved by, and is the prerogative of, the Maritime Safety Committee. The conclusion was not surprising but the paper keeps the subject under scrutiny.

The Sub-Committee had received instructions to consider document MSC 96/9/2 on “Implementation of IMO Instruments – Lessons Learnt from Marine Casualties” submitted by China and IMLA with a view to developing a methodology on how to utilise lessons learned within seafarers training and education, the development of further guidance in the relevant model course(s) and the way in which these lessons should be received. After some discussion, the Sub-Committee agreed to await the outcome of the work on this topic currently undertaken by the Implementation of IMO Instruments Sub-Committee (III) while agreeing that lessons learned from marine casualties were beneficial for the training of seafarers.

Revision of the Guidelines on Fatigue – WG1 and the IMarEST Engagement

WG1 considered the “Report of the Correspondence Group on the revision of the Guidelines on Fatigue” taking into account the proposed principles set out in paragraphs 11 to 14 of document HTW 3/8/2 (submitted by ICS) which include “ensuring a holistic approach to seafarer fatigue by providing guidance for all stakeholders in terms of their roles and responsibilities in the mitigation of fatigue, recognising that there are many factors that may contribute to seafarer fatigue; recognising that there are many possible manners in which to mitigate fatigue at sea; and which avoid suggesting there is a hierarchy to factors that may contribute to fatigue” in addition to other comments on style, structure and content. Moreover WG1 considered the document HTW 4/8/1 (submitted by ICS, CLIA and ITF) proposing a new module to address other stakeholders where the document states that a “ship is not an isolated environment, but interacts with the external environment where the actions and decisions of many other stakeholders have an impact on shipboard operations and seafarers, and thus have a bearing on seafarer fatigue and can contribute to its mitigation and management”.

Regarding the proposal for an ‘other stakeholders module’, the IMarEST indicated that although an extra module does no harm, the time spent on completing the module might be better used in finalising the modules currently under draft. The intervention was supported but the Chair concluded that text needs to be placed in relevant parts in the guidelines. Due to time constraints, the WG1 was only able to address text for some parts of the guidelines with further consideration at HTW 5.

Overall, due to the volume of the draft guidelines, the WG1 didn’t manage to finalize them. The WG1 requested from the Committee to extend the completion year to 2018 with a view to finalisation of the revised guidelines and invited the member States and international organizations to submit relevant proposals on the guidelines to the next session of the Sub-Committee.

The IMarEST Human Element Special Interest Group has been involved on the development of the “Guidelines on Fatigue” by its committee members participating on the Correspondence and Working Group. If you are interested to get more involved with Human Element matters, please log in to the website and join the Human Element SIG as a corresponding member on Nexus.

Revision of requirements for escape route signs and equipment location markings in SOLAS and related instruments.

The Sub-Committee considered a proposal for the design of the escape route signs and equipment location markings used on board ships to be attached with explanatory texts so as to facilitate the clear identification and understanding of the signs and markings in a correct and effective manner by seafarers, passengers and other personnel involved. This proposal will be forwarded to the Ships System and Equipment Sub-committee (SSE 4) for its consideration.