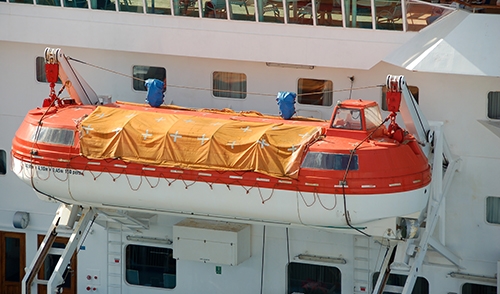 The aim of this report is to provide an overview of the key discussions and outcomes of the 4th session of the IMO Ship Systems and Equipment Sub-Committee (SSE 4) which is relevant to the IMarEST’s work.
Three working groups (WG) were formed:

Requirements for onboard lifting appliances and winches

The SSE 4 Sub-Committee established the Working Group on Onboard Lifting Appliances and Winches (OLAW) with terms of reference to further develop and finalize, if possible, the draft SOLAS regulations for OLAW including the goals and functional requirements, the necessary definitions, the scope of application to new and existing installations and the issue of validity of the SOLAS certification of the ship. The new provisions for OLAW will be included in SOLAS chapter II-1 “Construction – Structure, Subdivision and Stability, Machinery and Electrical Installations”.
The SSE 4 Sub-Committee having noted the progress made by the WG on the development of the draft SOLAS regulations for OLAW:

“The goal of this regulation is to prevent accidents related to onboard lifting appliances and anchor handling winches causing harm to persons or damage to ships, cargo, shore-based structures, subsea structures as well as the environment”;

Due to time constraints, the WG was unable to finalize the draft Guidelines therefore a Correspondence Group on OLAW has been re-established to further develop the draft goal- and functional - based regulations and to further develop the draft guidelines supporting the goals and functional requirements. The IMarEST has taken part in the previous work of this Correspondence Group.
If you are interested in seeing the proposed terms of reference and/or participation on the CG, please email  for more details.

Amendments to the Guidelines for vessels with dynamic positioning (DP) systems

The Sub-Committee approved the report of the Correspondence Group on Amendments to the Guidelines for vessels with dynamic positioning systems noting that the operational part of the Guidelines will be applied to all vessels and units, and agreeing that the annual survey dates should be based on the Dynamic Positioning Verification Acceptance Document (DPVAD) where compliance with the new guidelines will be documented or in cases where the DPVAD has not been issued, the annual survey date should remain linked to the date of the initial survey. In addition, following a recommendation from HTW 4 and subject to the approval of MSC 98, the draft Guidelines will include a section on training.
The work on this agenda item has now been concluded. The IMarEST has actively participated and contributed to the work of the Correspondence Group.

The HTW 4 Sub-Committee had considered a proposal for the design of the escape route signs and equipment location markings used on board ships to be attached with explanatory texts so as to facilitate the clear identification and understanding of the signs and markings in a correct and effective manner by seafarers, passengers and other personnel involved. The SSE 4 Sub-Committee has now decided that signs and equipment location markings should not include explanatory text and agreed that a draft Assembly resolution on Escape route signs and equipment location markings should apply to ships constructed on or after 1 January 2018 or ships which undergo repairs, alterations, modifications and outfitting within the scope of SOLAS Chapters II-2 and/or III, as applicable, on or after 1 January 2018 therefore concluding the work on this agenda item.

The SSE 4 Sub-Committee tasked the WG on Life-Saving Appliances to prepare a work plan to address any additional testing and performance standards related to life-saving appliances and arrangements on board ships operating in polar waters, taking into account how they should be added to existing instruments, e.g. a new chapter in the LSA Code.  The WG recommended the establishment of a Correspondence Group with a view to consider the outcome of the Correspondence Group and further develop and if possible finalize draft solutions at SSE 5. It further expected that SSE 6 would finalize the draft consolidated performance standards and the development of add-ons to existing performance standards and submit a report to MSC 101 for approval.
For more information on how the IMarEST plans to address these issues, please join the Arctic SIG.

The SSE 4 Sub-Committee noting the views expresses in plenary for a proposal for an additional requirement for CO2 pipes in under-deck passageways agreed with the view of the WG on Fire Protection that there is no need to further proceed with amendments to FSS Code for fire-extinguishing medium pipes in under-deck passageways at this stage noting that interested delegations may submit information regarding incidents, practical experiences in using welded pipes on board large cargo ships and cost analysis of welded connections for consideration. The WG on Fire Protection proposed a two-step approach for work on the review of SOLAS chapter II-2 and associated codes, that are the developments of the Interim Guidelines, and the development of amendments to SOLAS II-2 and associated codes, proposed the five main tasks to be addressed under the review of SOLAS chapter II-2 and associated codes that are which are Prevention/Ignition, Detection and Decision, Extinguishment, Containment, and Integrity of LSA and Evacuation. The WG also proposed the method of work to follow a risk-based methodology, such as Formal Safety Assessment (FSA) and developed a draft work plan for submission to MSC 98 with a view to approval.

The SSE 4 Sub-Committee endorsed the draft amendments to the 2009 MODU Code for the construction and equipment of mobile offshore drilling units, together with the associated draft MSC resolution for submission to MSC 98 for final adoption. The revised 2009 MODU Code was prepared in light of the findings arising from the investigation into the Deep Water Horizon incident in 20 April 2010. The amendments are covering machinery and electric installations, fire safety and life-saving appliances and equipment.
For more information on how the IMarEST plans to address these issues, please join the Offshore Oil and Gas SIG.

The IMarEST is looking to strengthen its technical team with volunteers who wish to participate in the IMO work and have an expertise in Ship Design and Construction and Ship Systems and Equipment. If you are the person we are looking for, please email .