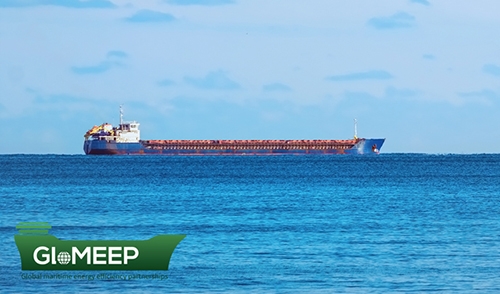 The IMarEST has collaborated with the IMO’s GloMEEP Project to develop three new guides that will support developing countries in strengthening and developing national regulatory frameworks related to the prevention of air pollution and reduction of greenhouse gas emissions from ships.

The three guides were rolled out during training under the Global Environment Facility (GEF)-United Nations Development Program (UNDP)-International Maritime Organization (IMO) GloMEEP Project, paving the way for further work in climate change mitigation by the maritime sector. The training was held from 12 to 14 September in Batumi, Georgia, which is one of the Lead Pilot Countries of the Project.

The GloMEEP Project is part of IMO’s continued work to support developing countries to prevent air pollution and address greenhouse gas emissions from ships. During the training, organized in conjunction with the Georgia International Maritime Forum 2016 (GIMF), 37 national experts from 10 GloMEEP Lead Pilot Countries (LPCs) were trained in the use of the new draft guides. Feedback from the training will enable the draft guides to be finalised and made freely available on the GloMEEP website to member States and other stakeholders.

MARPOL Annex VI includes the energy-efficiency regulations for international shipping requiring new ships (since 2013) to be built to be substantially more energy-efficient than a baseline and existing ships to carry a ship energy efficiency management plan.

The GloMEEP Project has earmarked a significant portion of its project resources, including in-kind support from participating countries, towards development of these guides and this training. It is expected that this training will lay the foundation for further work in the GloMEEP countries and that the lessons learned and output of the national activities will serve as examples for other countries who plan to undergo similar processes to support effective implementation of MARPOL Annex VI.

Dr Jose Matheickal, Head, ITCP Implementation and Major Projects, in his closing remarks at the workshop, said: "This training is a crucial activity under the GloMEEP Project and a key foundation building exercise for this major initiative. This pool of experts, trained by the project, can significantly contribute to taking forward the effective implementation of the energy efficiency requirements for international shipping in their respective countries.”

Dr Edmund Hughes, Head, Air Pollution and Energy Efficiency at IMO, who co-facilitated the training said, “This activity is the first time that training has been provided concurrently for three core elements that enable participating countries to develop a coherent plan for effective implementation of international shipping regulations.”

After undergoing the training, and based on the three guides, GloMEEP Lead Pilot countries are expected to develop their own national reports that will:

The training was coordinated by the GloMEEP Project Coordination Unit (PCU), led by Ms Astrid Dispert, with hosting support from the Maritime Transport Agency of Georgia. The training was facilitated also by the international experts that developed the content of the three guides, together with IMarEST and technical staff from the IMO Secretariat. The activity was co-financed by IMO’s technical cooperation funds under the global programme on the effective implementation and enforcement of energy efficiency measures for ships.