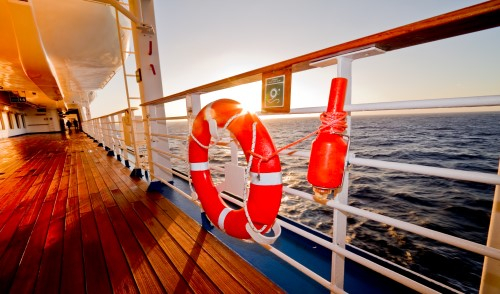 Friday 7 June 2019 during MSC 101 marked the end of a productive first week at the IMO, with the focus falling on safety objectives and the functional requirements of the Guidelines on alternative design and arrangements for SOLAS chapters II-1 and III, more specifically the conditions inside survival crafts. The Committee was tasked with approving the revised guidelines after considering the proposal to harmonise ‘Expected Performance 1’ (EP1) with the existing requirements of SOLAS chapter III and the LSA Code. Below is the summary of developments from the IMarEST delegation in attendance:

EP 1: Survival craft should provide a habitable environment for all persons on board.

Member States acknowledged the benefit of the proposal, due to the fact that the ventilation requirements are currently being reviewed by the Ship Systems and Equipment (SSE) Sub-Committee, therefore no limits should be imposed. However, concerns were raised that the CO2 concentration limits will be left unconsidered if such deletion is taken forward. The Committee agreed to delete the CO2 reference on this instance but opted to keep it in for the interim guidelines on life-saving appliances and arrangements for ships operating in polar waters. The IMarEST previously prepared an intervention to suggest this approach.

Our intervention on the conditions inside survival crafts operating in polar waters was based on ship operators reporting that even with moderate exposure, the atmosphere inside the lifeboats in polar water becomes uncomfortable very quickly. The IMarEST’s proposal to retain the reference of the CO2 in paragraph 3.7.2 of the interim guidelines received plenary support as it provides a reference for heating/ventilation performance criteria to be developed by the SSE. Our recommendation to consider amending reference ‘habitable temperature’ to ‘habitable atmosphere’, to ensure temperature and air quality inside the survival craft is also considered, also received plenary support.

The IMarEST will conduct further work in preparation for the next SSE session on the matter of the habitable environment inside survival crafts and will continue to follow the discussions and keep the membership informed.

It requested that 1) ships wanting to participate in the scheme gain certification by flag States verifying that observations being made and data being collected are lawful; 2) common standards are developed for the specification, installation and operation of the shipborne meteorological equipment; and 3) the areas in which VOS operate are clearly defined and that vessel activities are carried out in accordance with international conventions and laws and regulations of other countries.

In responding to China’s paper, WMO argued that imposing additional certification requirements and potentially limiting observation areas would have an adverse impact on scheme, which would outweigh the benefits resulting from performance standards for shipborne meteorological equipment.

In an intervention, IMarEST supported and agreed with WMO’s arguments. Adding to the administrative burden would deter shipping companies from participating in the VOS scheme. Ocean observations resulting from the scheme enable monitoring of ocean climate, provide early warning/tracking of high impact weather and oceanographic events and are used to verify the performance of forecasting models. This, in turn, supports offshore oil and gas operations, safe and efficient maritime transport, tourism and recreation and realises societal benefits such as better management of public health risks and protection of people and property from natural hazards at the coast.

As we enter the UN Global Decade of Ocean Science for Sustainable Development, IMarEST maintains that ocean observations, whether taken by satellites, in-situ floats or voluntary observing ships, should be encouraged by all UN agencies and member States.

Additionally, IMarEST called upon the IMO member States through their national representatives at the WMO 2019 Congress to fully support the Draft Resolutions on the Joint WMO and IOC of UNESCO Strategy for Marine Meteorological and Oceanographic Data Management (2018 – 2021); the Draft Resolution on Ensuring Adequate Marine Meteorological and Oceanographic Observations and Data Coverage for the Safety of Navigation and the Protection of Life and Property in Coastal and Offshore Areas and the Draft Resolution on Future Collaboration Between WMO and IOC on Facilitating Oceanographic Observations in Coastal Regions in Support of Earth System Prediction and Climate Services. Passing these WMO resolutions will better promote participation in the WMO Voluntary Observing Ships scheme by IMO Member States.

In his summary, the Chairman pointed out that VOS is an intrinsically voluntary scheme and, as such, changes that risk reducing participation should be avoided. He also encouraged China to keep the dialogue open with all interested parties.

The Marine Autonomous Surface Ships (MASS) Regulatory Scoping Exercise (RSE) which commenced at the MSC 100 is now in full swing. Currently, the RSE involves the examination of IMO mandatory instruments to assess the impact of advanced automation, machine learning and artificial intelligence, particularly in terms of the implications of remote and autonomous control. This exercise is scheduled to be concluded by MSC 102 next year.

During MSC 101, the MASS Working Group received reports of the work conducted so far on the first phase of the study. The focus was on infrastructure, method and scope, in order to coordinate and facilitate the work underway by the various teams that have been tasked to work in parallel. The second phase of the study is scheduled to start following the intersessional meeting on MASS in September.

Interim guidelines for trials of MASS have also been prepared, which are set at a high level and focus on safety. They refer to the existing mandatory instruments and place the primary responsibility on Flag State Administration. There was some pressure in the working group regarding how much technical detail should be divulged by the organisations carrying out trials. The discussions made clear that interest is shifting from fully autonomous ships to novel applications of sensor technology, artificial intelligence and machine learning to particular ship systems which will have an effect on manning structures.