Overview of MEPC 74 and IMarEST engagement 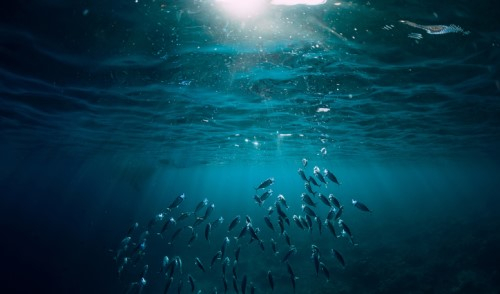 Tweaks for the smoother implementation of the Ballast Water Management Convention, strengthening the Energy Efficiency Design Index (EEDI), preparing for sulphur limits, tackling ocean plastics and the next steps towards decarbonisation were just a handful of topics discussed by member State officials, technical experts and NGO representatives who descended on IMO’s London headquarters for the 74th meeting of MEPC in May.

MEPC 74 discussed further measures aimed at reducing GHG emissions. These included approving amendments to MARPOL Annex VI to strengthen the EEDI ‘phase 3’ requirements. The index has previously come under fire for being too soft to induce a meaningful change in operational practices. Amendments including changes to the calculation methodology and to the reference line for bulk carriers. These are due to be officially adopted at the committee’s next meeting.

Draft amendments see the entry into effect date of Phase 3 accelerated by three years to 2022 for gas carriers, general cargo ships and LNG carriers. For container ships, the EEDI reduction rate is enhanced according to DWT, with a reduction rate of up to 50% for larger ship sizes.

The Committee agreed the terms of reference for a correspondence group to formulate requirements for EEDI Phase 4, and adopted Resolution MEPC.322(74) on the calculation methodology for new ships, introducing a new factor for ice-classed ships.

Additionally, it was noted that the 4th IMO GHG Study will be presented to MEPC 76 in autumn 2020.

IMarEST experts attended discussions of the Working Group on Greenhouse Gas emissions at MEPC74. You can read the IMarEST delegation's report here

Relating to the 0.50% sulphur limit, which is landing in less than six months now, the Committee approved guidelines aimed at port State Control on contingency measures for dealing with non-compliant fuel oils and guidelines for onboard sampling of fuel to verify its sulphur content. The latter require ships to specify sampling points no later than the first IAPP renewal survey after the regulation enters into force.

It also approved recommended actions for ship operators, port States and flag States in the event of malfunctions in exhaust gas cleaning systems (or ‘scrubbers’) and compliance issues in the case of sensor failure, including short-term emission ‘exceedances’.

The Committee discussed and adopted instruments for implementing the limit under MARPOL Annex VI, including the addition of a new appendix, containing guidance for Port State Control in cases where non-availability of compliant fuel is claimed (FONAR).

The Committee discussed further work towards the IMO Action Plan adopted at MEPC 73 to address marine plastic litter. It approved draft terms of reference for an IMO Study on marine plastic litter and invited further proposals and scientific presentations for future meetings. A correspondence group was established to finalise a draft strategy.

IMarEST experts attended discussions of the Working Group on Marine Plastic Litter at MEPC74, that was established to follow-up on the work emanating from the Action Plan to address marine plastic litter from ships discussed during MEPC73. You can read the IMarEST delegation's report here.

Since entering into force two years ago, the Ballast Water Management Convention has been ratified by 81 States, representing 80.7% of world tonnage, but effective implementation remains a topic of debate. To this end, the Committee approved a revised data gathering and analysis plan for the experience-building phase.

The Committee endorsed the view that commissioning testing - to confirm that treatment systems function as they should following installation - should begin as soon as possible, in accordance with the already approved guidance. Five treatment systems that make use of ‘active substances’ were approved.

In terms of future work programme, agreed outputs include inter alia: effluent standards and performance tests for sewage treatment plants to update guidance from 2012; the development of an operational guide on the response to spills of hazardous and noxious substances (HNS); a review of mandatory requirements regarding watertight doors on cargo ships (in coordination with the Maritime Safety Committee). Another work item sure to come under the spotlight is an evaluation and harmonisation of rules and guidance on the discharge of liquid effluents from scrubbers into waters, including conditions and areas. Target completion for this is 2021. 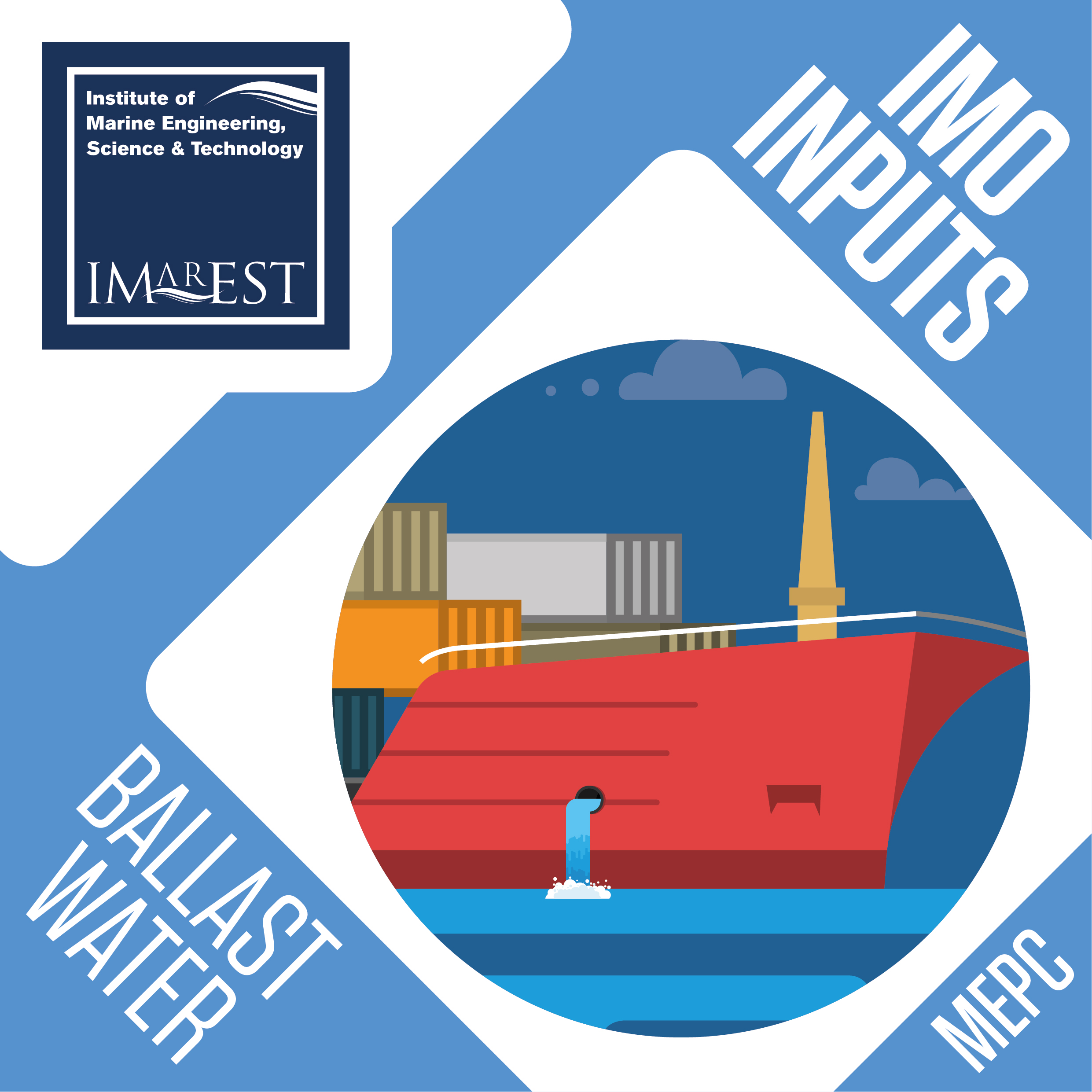 Guidance for the commissioning testing of ballast water management (BWM) systems approved when MEPC last met (MEPC73) specifies the use of indicative analysis methods to verify treated ballast water discharge is compliant with the BWM Convention D-2 standard at the time of commissioning.

After the meeting it became apparent to IMarEST that the specialised scientific instruments for checking ballast water samples would be alien to many of the stakeholders tasked with ensuring compliance with the convention. This unfamiliarity would make it hard for them to gauge the relative performance of the different types and their usability, in terms of being straightforward enough for inspectors to use and maintain in the field. In fact it can sometimes be difficult to find the relevant technical descriptions and specifications in the first place, let alone sift that information to make an informed decision.

To fill this knowledge gap, IMarEST set about gathering documentation on the instruments currently available and collating it into a single resource, which stakeholders can refer to as they weigh up the capabilities and potential limitations of the different options. The work was led by IMarEST’s Ballast Water Expert Group (BWEG).

As a first step, the submitted paper (MEPC 74/INF.18) presents high-level, but useful overview for those who will be responsible for implementing the approved guidance for BWMS commissioning testing.

Aspects such as instrument portability, the organism sizes the instruments can detect, the required sample volumes, time to obtain analytical results and general cost ranges are presented.

BWEG identified 12 indicative analysis instruments that are currently available. The information paper describes the way these instruments may be utilized onboard ships, their organism detection capabilities, along with other details that must be considered in the initial selection and establishing processes for deploying them in a field setting.

The paper notes that although some of the instruments have undergone scientific testing, this has been carried out by different organisations and in different settings, as there are currently no common methods to evaluate or verify manufacturer performance claims.

For this reason, the IMarEST delegation made an intervention in plenary to support a proposed methodology for verification of indicative ballast water monitoring systems submitted by Denmark. A standard (and associated approval process) is urgently needed in order to ensure a level playing field and ensure consistent implementation. IMarEST suggested establishing a review group would be the most effective route to take in achieving this.

The IMarEST utilised its consultative status at the International Maritime Organization (IMO) to submit several papers for consideration by the Marine Environmental Protection Committee (MEPC) during its 74th session.

A total of five papers were submitted, or co-sponsored, by the IMarEST on behalf of its membership to MEPC74, relating to ballast water, emissions from shipping and biofouling.