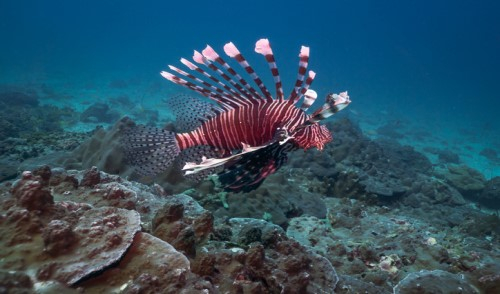 The IMarEST provided input to the inquiry which focussed on the impact and management of non-native species that have a detrimental effect on native biodiversity and ecosystems, as well as public health not just to the UK but also to the UK’s overseas territories.

Invasive non-native species (INNS) are one of the top five threats to the natural environment. They cost the economy £1.8 billion per year, yet the Government is not providing the funding needed to tackle the threat.

INNS are those that have moved outside of their natural range and negatively affect native biodiversity, ecosystem services and public health, through predation, competition or by transmitting disease. The number of INNS in the UK and its Overseas Territories is among the highest globally and is growing with the expansion of international trade, transport and travel. Around 40 invasive species are expected to become established in the next 20 years in Great Britain and preventing this from happening must be a top Government priority.

It is hundreds to thousands of times cheaper to prevent invasive species from establishing, rather than tackling them once they are established. Biosecurity and closing pathways are critical first lines of defence to prevent the introduction of INNS. Expenditure on biosecurity in Great Britain is approximately £220 million per year, yet invasive species only receive 0.4 per cent of that sum (£0.9m). While the Government’s GB-wide working and Non-Native Species Secretariat is highly regarded, its funding does not match the scale of the challenge.

Following evaluation of the feedback from discussions held during invasive species week 2019, the Committee has now published its report.

MPs are calling for a ‘citizens’ army’ to tackle the growing threat from invasive species, estimated to cost Britain’s economy £1.8 billion a year. Trained volunteers would help identify and respond to biosecurity outbreaks, modelled on a system developed in New Zealand.

The report found that urgent action is needed to slow the rate of arrival of invasive species and prevent them becoming established. It estimates that around 40 non-native species will become invasive within 20 years.

MPs conclude that the Government has missed its legal targets on tackling invasive species and has failed to give it the same priority and funding as animal and plant health regimes. Current funding for biosecurity in Great Britain is estimated at £220 million a year however invasive species receive less than one per cent of that sum (£0.9m).

The term Invasive non-native species (INNS) describes those species that have been directly moved as a result of human activity.

“INNS is one of the UK’s top five threats to the natural environment. If we’re to beat this, we need people power with an army of volunteers trained to spot and stop an invasive species before it becomes established. We’re witnessing changes, from climate change, that put the future of our natural landscape at risk. Government funding to tackle invasive species is tiny and fails to match the scale of the threat.” Mary Creagh MP - Chair of the Environmental Audit Committee

The key recommendations to Government include:

Read the Chair’s comments on the publication of the Report