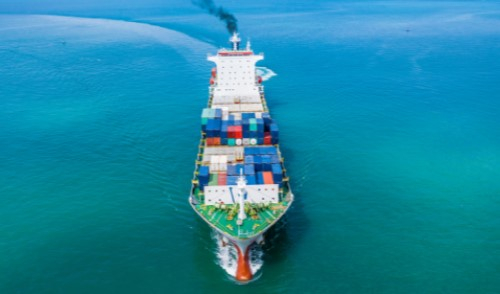 During the 6th meeting of the Intersessional Working Group on Reduction of GHG Emissions from Ships in November 2019, the working group considered and progressed short-term measures on GHG emissions reduction. The discussions revolved primarily around proposals to improve the operational energy efficiency of existing ships, followed by discussions on a draft National Action Plan (NAP) resolution and on the development of fuels’ lifecycle emissions guidelines.

None of the proposed short-term measures were decided on or discarded. Instead, the proposals were distinguished into a technical and an operational approach.

There was some ranking/sorting of the proposals in the two approaches. In the technical approaches the EEXI proposal seemed to be at the top, while on the operational approaches, the Danish goal-based measure seemed to be at the top. The International Maritime Organization (IMO) is to approve draft amendments to MARPOL Annex VI in relation to short-term measures at Marine Environment Protection Committee (MEPC) 75 in March/April 2020 or at the very latest at MEPC 76 in October 2020. Both approaches will be further developed in parallel at the next Intersessional GHG working group (ISWG-GHG 7) in March 2020. In the meantime, further work on the technical approach will be coordinated by Japan, while China, Denmark and France will coordinate work on the operational approach.

ISWG-GHG 6 considered and agreed on a draft MEPC resolution to develop and update a voluntary NAP. This is a concept particularly supported by China, amongst other countries, whereby individual countries voluntarily develop and deploy national initiatives to help decarbonise shipping. The resolution suggests that national activities towards this end could include, inter alia:

In order to encourage the uptake of alternative low- and zero-carbon fuels in the shipping sector, ISWG-GHG 6 considered proposals from Norway, the Republic of Korea, the UK and the CSC on the development of GHG intensity guidelines across the lifecycle of new fuels. It was agreed to establish a dedicated workstream to develop lifecycle GHG/carbon intensity guidelines for all relevant types of fuels, such as biofuels and electro- fuels. Even though it was recognised that upstream (so-called “well-to-tank”) emissions for alternative fuels are important, the focus was placed on developing operational (“tank-to-propeller”) emission factors.

During the week, three interventions were made:

1. On the subject of guidelines for lifecycle emissions

It was pointed out that the IMarEST has a number of long-running and increasingly interconnected Special Interest Groups (SIGs) on Marine Fuels and Emissions that regularly meet and discuss. These groups have come to the understanding that the major challenge for shipping decarbonisation is energy/fuel, and that the major challenge for energy/fuel is how we produce and use shipping's future fuels safely, economically, and avoiding unintended consequences (such as other pollution/risks, an increase in land-side GHG emissions, etc). The SIGs support the advancement of discussions on fuels, and the proposal for a dedicated effort by moving to only framing both operational and upstream on GHG and not carbon/CO2. It was further noted that any emissions inventory and guidelines, and wherever possible future policy, for shipping include accountancy and consideration of both operational and production/upstream emissions.

The logic for this is that the Intergovernmental Panel on Climate Change is just an accountancy framework, whereas the IMO Initial Strategy is more than an accountancy framework - it is a commitment to help achieve, among other things the Paris temperature goals. Therefore increased production/upstream emissions is an important consequence from IMO’s attempt to fulfil the IMO Strategy objectives noting that for some fuels (made from renewable fuels) these production/upstream emissions guidelines may be very simple while for others (e.g. bioenergy derived fuels), they may be very complicated. Finally, it was emphasised that the wider energy system/landscape and particularly energy production is changing as all sectors decarbonise, any guidelines should make full acknowledgement of this changing landscape and not frame only based on today’s energy system and production mix.

2. On the specifics of operational carbon intensity (short-term measures debate)

Operational carbon intensity is the consequence of a combination of both technical efficiency and how the ship is operated. Phrased another way, operational encompasses technical but technical is only weakly related to operational. Furthermore, increases in technical efficiency can be counteracted by the incentive they create for increased operating speed (rebound effect). So considering equivalence sets a very difficult, potentially even impossible, challenge. To fulfil a given operational objective you can:

3. On the importance of policy that stimulates long-term solutions (short-term measures debate)

To meet the vision the industry needs to be moving away from fossil fuels and substantially so by 2050. Evidence (e.g. IMarEST submission ISWG 3-3) tells us that there is a lot of effort required to complete this move to meet the 2050 target. Even though it may feel distant today, ISWG 3-3 suggests that significant growth of newbuild zero-emission ships will be needed from 2030. Even for short-term measures, if incentive can be given to operate on low and zero-carbon fuels as soon as possible, this can only be helpful.

The IMarEST will remain involved within the ISWGs and will participate in the forthcoming discussions.

A recommendation for future work is to consider a submission that uses existing evidence to summarise the importance of operational carbon intensity policy in line with the short-term measures debate.

The IMarEST will also consider progressing the discussion on the development of GHG intensity guidelines across the lifecycle of new fuels and to feed in a submission consistent with the intervention made especially given the expected increased significance of discussion on this topic. The submission could be coordinated and discussed together with member States who have already made progress in this area.

IMarEST could also more generally input to the discussions, addressing a number of key questions raised at MEPC 74:

If you are interested to get involved and understand more on the GHG issue from international shipping, please join the Marine Fuels and Emissions SIG.