IMarEST hosts roundtable on LNG's role in the future fleet 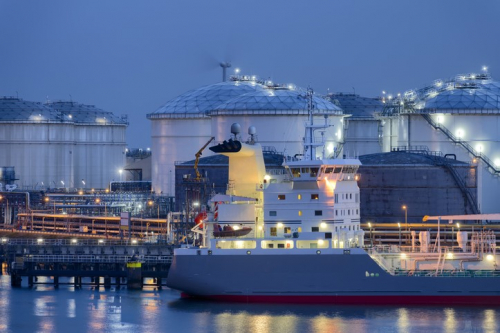 Experts gathered in London at the IMarEST HQ as part of London International Shipping Week 2019 for the roundtable discussion "What is the future for LNG?"

For over 10 years, LNG has been considered “the next fuel” for shipping, while more recently this view has been changing and is now typically thought of as a “transition fuel". Those assumptions were first significantly challenged in 2018 with the adoption of the International Maritime Organization’s (IMO) initial strategy which sets clear GHG reduction targets and a vision to phase out the sector’s use of fossil fuels.

As efforts to understand what this means have intensified and the practical implications of the IMO commitment have been unpacked, the role of LNG even as a significant interim/transition fuel are increasingly being questioned.

However, fleet and infrastructure already exist, and will most likely continue to be built, not least because without the ultimate long term alternative, LNG is seen by many as ‘the least bad’ available option. This creates a thorny engineering, scientific and technology set of conundrums:

The IMarEST hosted a roundtable discussion that aimed to tackle some of the difficult questions now facing the shipping industry with regards to the future role of LNG.

LONDON (ICIS)--With just 110 days to go until the IMO 2020 deadline, it was hardly surprising that LNG as a bunker fuel for ships featured prominently during the London International Shipping Week.

Low-sulphur fuel will be available to enable shipowners to meet the cap, but many owners are betting on LNG as the fuel of choice to cut sulphur emissions, with the added benefit of cutting carbon emissions.

Reducing carbon emissions from shipping was always a vague goal for the industry, the focus being much more on cutting sulphur. That is, until the IMO introduced a deadline for carbon and methane.

The target was to reduce annual greenhouse gas emissions from shipping by at least 50% by 2050 when compared with 2008, at the same time pursuing efforts to phase them out entirely. The strategy was consistent with the Paris Agreement on climate change that was effective from 2016.

LNG is the fuel that will put shipping on the path towards these sulphur and carbon goals, argued Carnival, a cruise company that has invested heavily in LNG fuel for its fleet.

While LNG bunkering infrastructure may be in its infancy, it is growing rapidly.

Scrubbers, designed to clean marine fuel oil, do not appear to be the answer because they just shift emissions from the air to the water.

An added advantage of LNG as a bunker fuel could be that LNG is on a downward price trend.

With fuel costs representing 50-60% of ship operating costs, cutting fuel bills is a major element of any shipowner’s operating strategy. But relying on falling LNG prices is “incredibly naïve”, a contact warned. LNG prices have fallen, he said, but growing electrification in oil-use sectors should result in oil prices falling proportionately further in the coming decades, leading to cheaper marine fuel oil.

LNG begins to look like a risky long-term investment in the context of the Paris Agreement. While it will cut carbon emissions from shipping, its role has to have an in-built time limit if the ultimate target of zero carbon shipping is to be reached. LNG then becomes the transition fuel – or as Carnival calls it, the “long-term transition fuel”.

So what are the alternatives to LNG if ambitious environmental targets are to be met?

Ammonia is mentioned in some circles, with the advantage that it can be dropped into LNG fuel tanks without major technical modifications. But ammonia’s toxicity could become a major barrier to widespread adoption. As one source said: “Ammonia frightens the life out of me.”

Hydrogen fuel is talked about as an alternative, but the technology is in its infancy and is far from providing enough power to run a large ocean-going vessel over long distances.

Hybridisation is also a potential option – mixing biogas with LNG, but again the technology has some way to go before being widely available.

So it seems to boil down to LNG being the best option available now to start the journey towards zero emissions. A viable path could be a combination of low-sulphur fuel oil, LNG, and concerted efforts to optimise efficiency. This could include just-in-time-arrivals at ports and wind-assisted ships, leading to fleet renewal by 2030 when the technology has caught up, in preparation for zero carbon by 2050. It is a big ask, but with the stakes so high shipping has an opportunity to become a shining example in the world, with LNG playing a crucial role.

If you would like to follow the continuing discussions on LNG, you may also be interested to join our Marine Fuels and Emissions Special Interest Group as a corresponding member.