How do we tackle marine-based plastic? 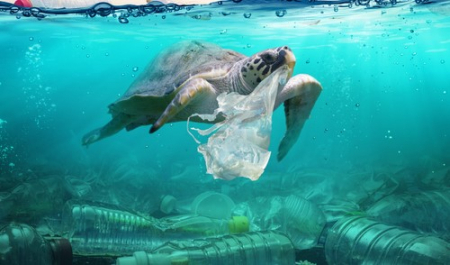 This article was initially published in the May/June 2019 issue of Marine Professional magazine.

In December 2018, the IMarEST hosted a roundtable event in Singapore with the Centre for Environment, Fisheries and Aquaculture Science (CEFAS, an agency of the UK government's Department for Environment, Food and Rural Affairs) to probe the challenges, management practices and attitudes in the marine industry towards plastic pollution.

"Exactly where in the ocean it will accumulate is still unknown, as its spread and distribution is a function of numerous variables"

The participants represented a wide cross-section of the industry and each brought differing perspectives on the problem. Scientists and researchers’ eyes are drawn to the direct impacts on ecosystem health and services. Policymakers are mindful that they must devise joined-up responses that align with measures being considered in adjacent industries.

The position of ship operators and seafarers is, of course, driven by pragmatism: plastic is only a small part of the total waste generated on-board, and must be attended to within the constraints of waste management plans and limited shore-based infrastructure such as port reception facilities.

Disposing plastic at sea was once common-practice, but within the space of a generation its incidence has fallen significantly thanks to a combination of changing cultural values – specifically a general rise in environmental awareness and the introduction of regulations.

On the regulatory side, different rules apply to different types of marine activity (MARPOL for shipping, the London Convention for offshore energy etc). We should strive to harmonise and align these regulations would make it easier to ensure existing legal obligations (such as reporting the loss of containers or fishing gear) are met and to deal with deliberate illegal waste discharge more robustly.

Most plastic generated onboard is lumped together with other waste products so that it can be port reception facilities (PRFs) for responsible land-based disposal. For plastic to be recycled, it must be correctly segregated prior to the vessel’s arrival. While some maintain this places another responsibility on already overworked crew, the burden can be minimised by arranging on-board rubbish collection to make segregation an integral part of the routine workflow rather than an additional, standalone task.

Today, plastic recycling capacity at PRFs is limited, and availability is geographically patchy. If a PRF is unable to recycle plastic waste, and the vessel doesn’t have sufficient onboard storage capacity to retain the waste until the next port call, it may be bundled with other waste for incineration or sent to landfill, both sub-optimal outcomes. This suggests states could play a bigger role by supporting the development of shore-based infrastructure. 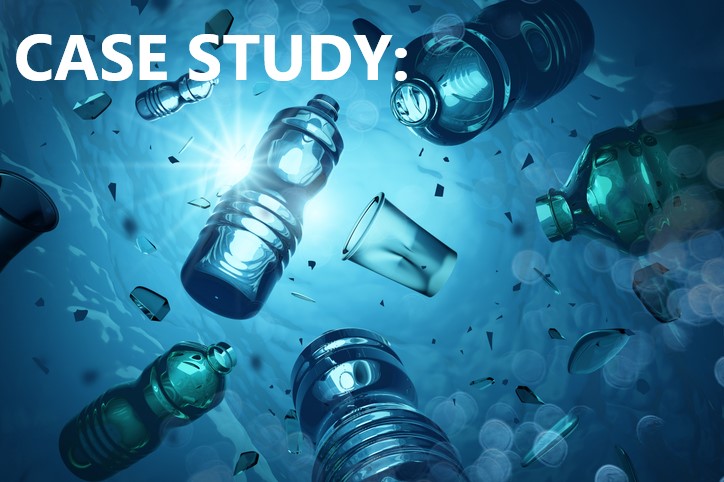 An internal investigation carried out by fleet operator participating in the IMarEST roundtable discovered that in one year the crew on its 75 ships threw away more than half a million plastic water bottles.

Crew preferred bottled water believing it to be safer and healthier than tap water. Such perceptions were fed by both advertising and a distrust of onboard water desalination. These negative attitudes are compounded by the lack of enthusiasm some ship owners show towards mandatory tests of onboard drinking water quality, which crew interpret as another signal not to trust what comes out of the tap.

Deeper cultural values were also implicated. In China and the Philippines drinking tap water is shunned for historical reasons and crew from these countries carry these assumptions onboard. Some shipping companies cater to these preferences by providing bottled water for crew consumption. There are instances too of crew bring their own private supplies.

While a regulatory response could help, it would be complex and take time – possibly years – to implement. It would also be an overreaction when simpler and more expedient options are available. From a practical standpoint, providing reusable water bottles would immediately slash the number of single-use disposable bottles. It would also reduce pressure on onboard waste storage and treatment facilities.

To encourage the use of reusable bottles, shipping companies could make water quality tests a selling point by carrying them out more often and communicating the results more loudly. The message could be reinforced by prominently promoting the environmental benefits of the change.

Several shipping companies have already reported considerable success employing these or similar tactics to cut plastic and other waste. It goes to demonstrate that there are relatively simple actions ship operators can take immediately, and which can make a difference especially when scaled up across a whole fleet.

We urgently need more information on marine plastic – its sources, its usage, its disposal and its impact – if we are to develop an effective response that balances the environmental harm of not acting and commercial harm of being either overly zealous or choosing the wrong regulatory mechanism.

Access to methods for tracking plastic’s spread and tracing specific items back to their point of origin will become increasingly important. There are promising signs that technologies, such as satellite monitoring, created for other pollutants can be adapted for keeping an eye on plastic. Long-term programmes will provide ongoing evidence to policymakers and allow direct assessment of waste management policies.

Further in-house investigations by shipping companies to document the quantities of plastic they employ or consume at sea would both support and reinforce the work being doing by academics and policymakers, and reveal opportunities for cost-saving, as an overabundance of waste is often indicative of commercial inefficiency.

""We urgently need more information on marine plastic – its sources, its usage, its disposal and its impact – if we are to develop an effective response"

And, there remain a host of more common ‘acceptable’ behaviours outside the scope of today’s legislation that result in plastic litter ending up in the ocean. The individual quantities might be tiny (such as water bottles or plastic ties) but because the frequency is high, the overall quantity is large.

Education is generally considered the most powerful tool at our disposal for bringing about long-term changes in destructive behaviours and engender a deeper appreciation of the natural world and the importance of preserving it.

The more pertinent question is what form it should take. Should it be a mandatory or voluntary? What should the curriculum contain? Today’s training on waste and pollution focuses mostly on helping ship operators fulfil their legal obligations. Is this approach too narrow to bring about the cultural changes that are likely needed to tackle plastic?

As far as mandatory requirements are concerned, it will be up to policymakers to decide, taking into account perspectives from industry and recommendations from researchers. This process will take time. In the meantime, there are no obstacles blocking the preparation of voluntary guidance for ship operators and the seafarers who come into contact with and use plastic on a daily basis.

Prevention is better (and cheaper) than cure. If seafarers and other workers are already predisposed to the idea of using and disposing of plastics responsibly, they will be more receptive to new training requirements and, longer term, inclined to understand the rationale for more stringent regulatory frameworks.

Recovering plastic waste after it has entered the ocean is more costly and resource intensive than prevention. It is also very, very difficult. Although many technological clean-up solutions have been proposed, some of which have progressed as far as constructing prototypes for pilot tests, none are proven to work at the scale needed for practical deployment.

Nevertheless, the insights gained from these R&D efforts will likely prove invaluable in devising new ways of dealing with the plastic that ships generate, discard or encounter during the course of operation. Not all these solutions are super complex. The fitting of fine filters that capture microplastic passing through ballast water treatment systems is a promising example of a conceptually simple ‘fix’.

Whether regulatory frameworks are embraced or resisted ultimately comes down to the values of the people they affect. In many areas, policy is as much an attempt to reflect changing sensibility as to change sensibility. These values and sensibilities can in turn be influenced by education.

Regulation will help if seafarers are already socially-conditioned to not damaging the environment. It will help if companies realise the commercial benefit of changing practices to retain their customers, and not just an extra obligation to appease pressure from environmental advocacy bodies and worried scientists.

As public consciousness of plastic’s harmful effects has spiked, manufacturers have responded by developing alternatives, marketed variously as biodegradable, compostable, bioplastic, mixed, or recycled. However, these supposedly greener options are not all what they might seem.

These alternatives differ from conventional plastics in the time they take to degrade: decades become years; years turn become months and so on. However, simply compressing the time-frame does not actually prevent partially degraded fragments from harming ecosystems.

Biodegradable plastics are consumed by microorganisms that digest it for energy and excrete biomass as a waste product. Most are formulated for the high temperatures found in landfills, where these microorganisms thrive. In the cold waters of the ocean, however, the process never gets going.

Bioplastics are made from plant materials that mimic the properties of plastics but degrade more easily. Although they show greater promise, particularly in a marine environment, today they are only available in limited quantities, and it is unclear whether manufacturing can be scaled up without placing additional pressure on agriculture.

Recycled plastics are manufactured using some proportion of recycled materials – previously used plastics and other waste products. Researchers are still figuring out their energy-balance: some seem to require more energy in their manufacture than producing fresh plastic employing conventional processes.

Given the subtle differences between these alternatives, it is unrealistic to expect average consumers – and most seafarers – who don’t possess a detailed knowledge of chemistry to differentiate one type from another.

Furthermore, instead of reducing plastic consumption, they might prolong its use as people feel empowered to persist in their old habits, rather than changing their behaviour or seeking out genuine non-plastic replacements.

Such misperceptions are already spreading to the marine industry: some shipping companies have switched to plastic advertised as biodegradable in the mistaken belief it will naturally break down if accidentally discharged into the ocean.

It is clear that, like consumers, seafarers and their shore-side colleagues would benefit from better information on these alternatives so that they can make informed choices. Crucially, these resources must be prepared with a marine slant, as alternative options intended for land-based end-of-life scenarios may behave very differently in the sea.