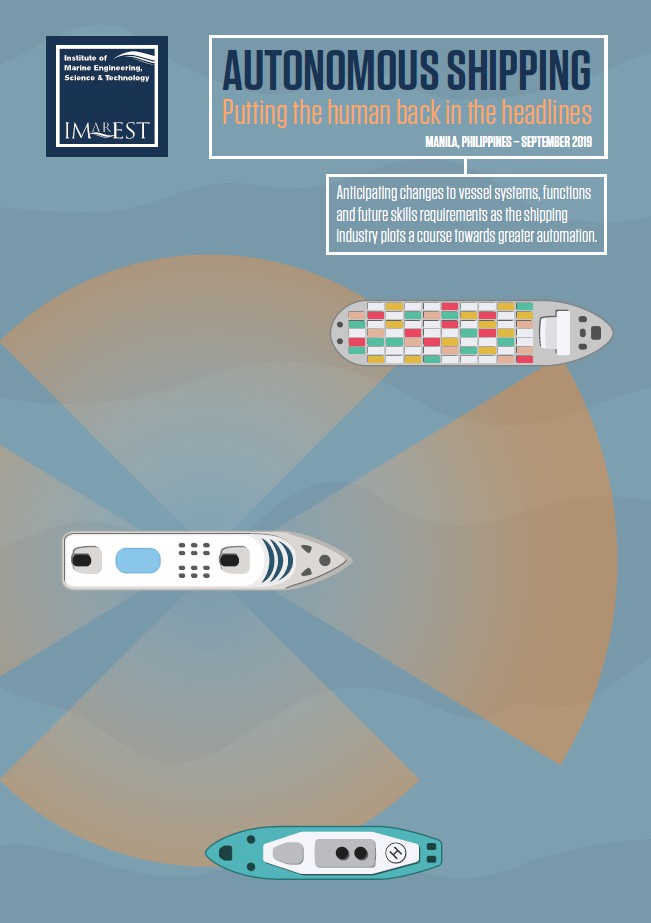 November 2018 - The IMarEST’s Marine Autonomous Surface Ships (MASS) Special Interest Group (SIG) is evaluating future skills requirements as a series of rountables, the first of which took place in Singapore in April 2018, under the banner of “Autonomous Shipping – Putting the Human in the Headlines”.

The second roundtable, held in Manila, Phillipines aimed to pinpoint issues in future human-machine integration in the performance of the onboard functions required to operate a generic commercial vessel safely and efficiently. Shipowners, operators, crewing managers, regulators and educators in attendance were asked to consider the changes likely to occur to onboard roles, firstly looking around 10 years ahead to 2030 and then around 30 years ahead to 2050. The roundtable was designed to further the MASS SIG’s understanding of the ways in which advances in automation technology could, and should, be assimilated into the shipping industry.

The findings presented in this report help paint a more nuanced picture of the rationale for uniting the respective strengths and capabilities of human and machine and extent this will happen based on real-world needs and practicality.

Seafaring in 2050 will bear scant resemblance to the occupation today. Those in charge of ships will possess and employ a wider range of skills – some of which probably don’t exist yet. Within twenty years, automation, robotics and artificial intelligence will have advanced sufficiently that machines will be capable enough to carry out a lot of tasks currently performed manually by seafarers.

Where a human touch is still required, seafarers will likely work in something akin to partnership with machines, relying more heavily on their guidance and insight when it comes to making decisions.