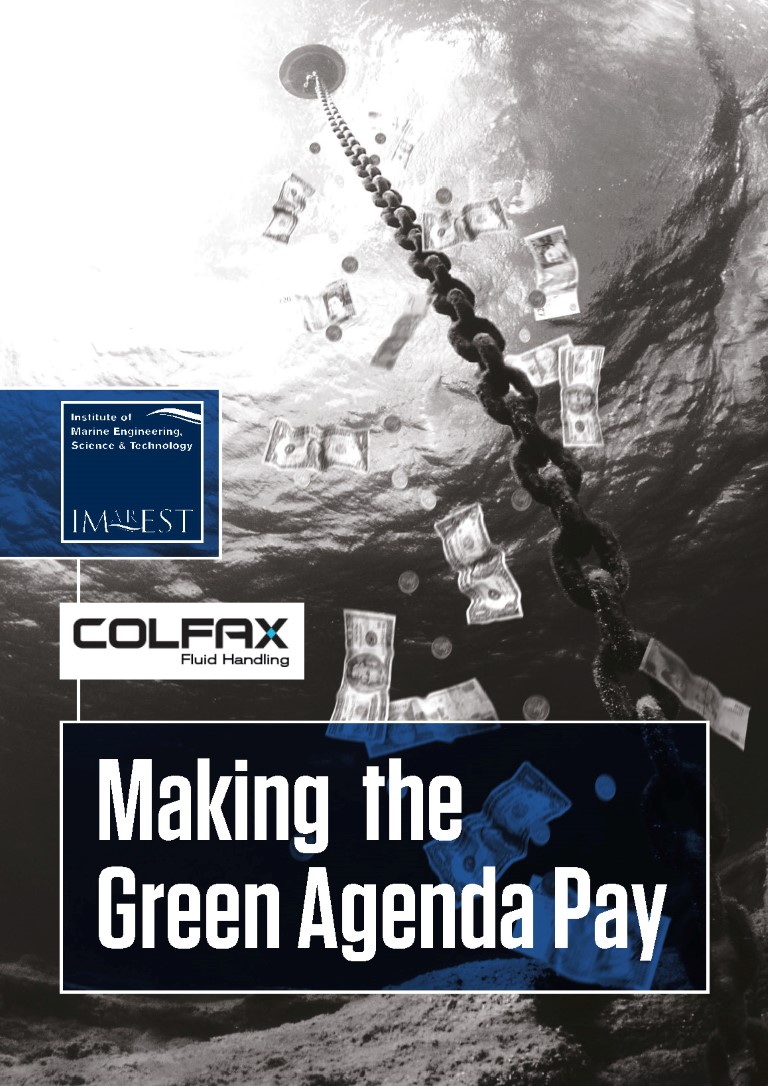 Tuesday, 28 October 2014 - The IMarEST and Colfax Fluid Handling who are a leader in pumps, systems and Smart Technology solutions for the marine industry, held their first joint high-level round table discussion: ‘Making the Green Agenda Pay – can the ‘green’ approach to shipping be profitable?’. The round table allowed a panel of experts from a variety of sectors to discuss green initiatives, debating the current problems and opportunities that exist, and whether there are possibilities for the sector to turn these into profitable investments.

Ships are by far the most efficient form of transport, but growing concern about the state of the world’s oceans and air quality close to major shipping routes has led to ever more legislation on emissions to both sea and air. In both cases, the ‘Green Agenda’ attempts to address these issues by introducing equipment, products and operating procedures that reduce these emissions but often at a cost to ship owners, operators and ultimately the end users of the goods carried by sea.

But can conforming to mandatory legislation and applying additional ‘green’ approaches to shipping actually be profitable? With fuel being the most expensive item in a ship’s operating costs and the main source of air emissions, any reduction in consumption brings a financial as well as environmental benefit. It can also be a positive in relationships with shippers who are themselves demonstrating environmental concerns.

There could be further financial returns if a carbon trading scheme were to be implemented such that any emission reductions could be turned into credits which could be traded or offset carbon emissions elsewhere.