The majority of this website is accessible to IMarEST members only. As a member, please login in now, to continue browsing.

Bullying and Harassments - a safety risk onboard! 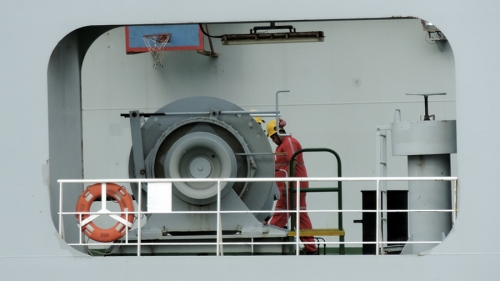 A study about the work environment and safety climate onboard Swedish flagged vessels was recently completed [1]. A web-based questionnaire was sent out to 5608 seafarers of all categories and the response rate was 35% (n= 1963). 61% of the respondents worked on deck, 31% in the engine room and 7% in the catering/service department (1% not classifiable).

Previous research confirms the findings in this survey that despite technical developments on board with more automation and a strive to have an increased awareness of ergonomics and the human element, we still struggle with problems such as musculoskeletal disorders (neck, arm or back), heavy lifting, exposure to exhausts, oils and dust. Major work problems also reported were noise, risk of an accident and vibrations from the hull of the ship [2].

Unexpectedly reported in this survey was that one-fourth of the participants had experienced personal harassment or bullying during last year of service. The question asked was: “Have you at least once during the last 12 months felt exposed to offensive actions or harassment at your work place? For example—your actions or comments were ignored, you are not taken seriously, were ridiculed or patronized (y/n)". Although common among men (22%), offensive actions or harassment were twice as common in women (45%). The majority of female engine room crew members reported harassment or bullying but they were few in total numbers. The boss or the work leader was the most common offender behind the offensive action or harassment (49%) followed by a co-worker (34%), a passenger (9%) and ¨any other category¨ (8%). However, for women, the co-worker was the most common wrongdoer (46%).

So is this a common problem? An internet search showed that the International Seafarers' Welfare and Assistance Network found similar results in their 2015 Annual Review [3]. This report said that abuse or bullying/harassment has increased since 2011 from 2.8% to 3.8%. The European Community Ship owners’ Association and European Transport Workers’ Federation has published guidelines to shipping companies on how to eliminate workplace harassment and bullying [4]. On the same theme on how to eliminate shipboard harassment and bullying the International Chamber of Shipping and International Transport Workers’ Federation also published guidance [5]. So clearly, this is an issue that needs to be brought to the agenda and discussed.

Given the developments we have seen over the past decades, with the technology on board becoming more complex and demanding, along with a decrease in the number of crew members onboard, the human resource is becoming more valuable: everyone matters and work is dependent on a well-functioning team on board. A seafarer feeling bullied on board is clearly not a part of the team and in my opinion this is a safety risk.

Monica is member of the committee of the IMarEST's Human Element Working Group. A former Marine Engineer with a background as an engineer in the Swedish merchant navy, her main research area is within Engine Room Ergonomics and Safety which has a focus on work environment, changes in task performance and work place design on board.

Connect with this Special Interest Group on Nexus, the networking and collaboration tool for members of the IMarEST.

IMarEST members can join SIGs via the Member Portal.