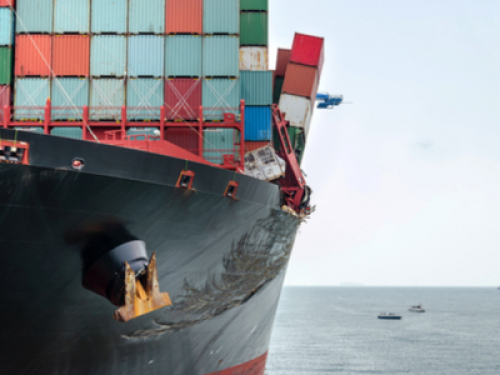 Many are quick to blame seafarers when things go wrong. But that’s not the real picture.

Richard Vie, one of the speakers at the IMarEST Annual Conference last month, highlighted the need to address the risks of new technologies and how they affect the people who work with them.

Human-centric design is a more pressing concern in shipping than in most industries, with asset-heavy operations, minimal automation, and, sometimes, enormous risk to property and lives.

Yet, this aspect of ship design is often overlooked, with the industry often scapegoating seafarers when things go wrong, rather than address the real issues.

Shipping remains one of the most dangerous professions to be employed in. Between 2003 and 2012, the fatal accident rate for crew on British-flagged merchant vessels was 14.5 per 100,000 – beating construction by a factor of nearly five.

Statistics suggest that 65.8% of incidents are the result of human error – that is to say, the fault of the end user of shipboard systems – but this is really only useful in respect of insurance claims.

But to insist that all this error is “user error”, is wide of the mark, as Vie asserted. It suggests that all ship systems across the maritime industry are designed perfectly and without fault in the first place.

“It is not meaningful to say 65.8% of accidents are caused by human error”

Yet ship systems, too, are designed by humans. Modern ship bridge systems are integrated and interconnected, but these are rarely put together by OEMs with cross-compatibility in mind – rather, they are often a collection of the lowest-cost, regionally-sourced components put together using a bespoke system.

It is not meaningful to say most accidents are caused by human error. And drowning seafarers in paperwork doesn’t address the problem, but rather, exacerbates it by adding unnecessary workload and strain.

Vie’s view: “We give seafarers lots of forms and check-off lists. This is a sticking plaster over the problem that ships are not designed well, are not easily operable and maintainable.”

Social media is opening up maritime to scrutiny

Social media has enabled maritime news to reach thousands, perhaps millions,  through Twitter, Facebook and Instagram. You can watch ships collide in ports in remote parts of the world in near real-time, with dramatic mobile phone footage uploaded in seconds.

This has afforded casual observers – of varying levels of expertise and understanding -- to see the way the shipping industry is being run.

The upside: it brings some much-needed scrutiny.

In theory, if procedures were always followed perfectly, no accident would ever happen. But in practice, procedure does not account for systems which do not work as intended.

Some of the time, systems only work at all thanks to the jury-rigging done by seafarers, such in the case of ECDIS alarms; however, when seafarers devise these solutions, such as in those cases where ECDIS alarms have been switched off, it vastly increases the chances of an accident – and one which will be attributed to ‘human error'.

When seafarers are confronted with this, they are forced to develop workarounds, ad-hoc procedures – some of which can lead to very bad outcomes.

The real need here: we have to understand this and put the user at the centre of what we do.

You can log into the IMarEST conference app to watch ‘The risks of new technologies: the human element’ and more of this year’s sessions on demand.

Tweet
Published in Interactions
Tagged under
More in this category: « Hacking ships’ bridges – staying ahead of the criminals Oceans under siege from disposable face masks »
back to top