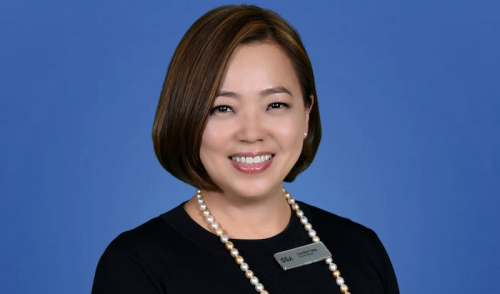 Caroline Yang, CEO of the bunker craft operator Hong Lam Marine, has been elected president of the Singapore Shipping Association – becoming the first female president in the organisation's 34-year history.

She began her career with Hong Lam Marine as in-house counsel in 1991 and was appointed executive director in 2002.

“I am honoured by the trust the Council has placed in me by electing me as SSA President for the 2019-2020 term,” she said.

“The shipping community in Singapore has much to be proud of.

“This year, Singapore bagged the Best Seaport in Asia prize for 31st time and Best Green Seaport at the 2019 Asia Freight, Logistics and Supply Chain Awards.

“We were also recognised as the Top Leading Maritime Capital of the World for the fourth consecutive time in a report issued by Menon Economics and DNV GL.

The Singapore Shipping Association (SSA) represents a wide spectrum of shipping companies and other businesses allied to the shipping industry.

It was formed in 1985 as a national trade association to serve and promote the interests of its members and to enhance the competitiveness of Singapore as an International Maritime Centre.