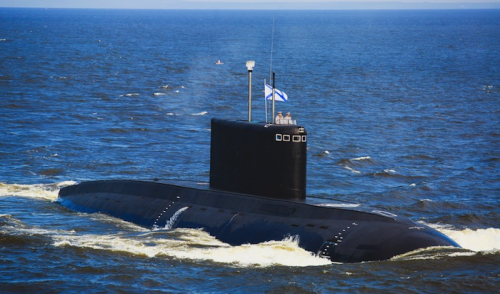 Fourteen submariners on board a Russian submersible research vessel have been killed in a fire while carrying out a survey of the sea floor off Russia's Arctic coast.

The incident is said to have taken place on a AS-12 Losharik deep-sea nuclear submarine.

"On July 1, a fire broke out on board a deep-water scientific research vessel that was studying the marine environment in Russian territorial waters on behalf of the Russian navy," says a ministry statement cited by the Russian news agency Interfax.

"Fourteen submariners died as the result of smoke inhalation.

"The submariners sealed themselves in one of the compartments to battle the blaze and toxic fumes, sacrificing themselves in order to save other crew members.

“Work is underway to establish the cause of the incident.

“The investigation is being conducted by the commander-in-chief of the navy."

When the fire was eventually extinguished the submarine was towed to the Russian Northern Fleet's base in Severomorsk on the Barents Sea, according to Interfax.

It is the most serious incident to take place aboard a Russian submersible since 2008, when a gas leak on the nuclear-powered submarine Nerpa killed 20 and injured 21.

In August 2000, the Russian nuclear-powered submarine Kursk sank to the bottom of the Barents Sea after two explosions in its bow – killing all 118 men aboard.

Tweet
More in this category: « Global offshore wind capacity to 'reach 200 GW by 2030’ Greenpeace warns of ‘irreversible harm’ from deep-sea mining »
back to top