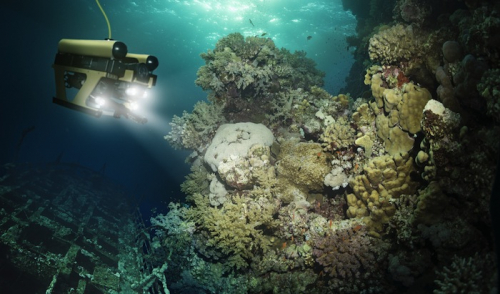 Tighter safeguards are urgently needed to protect the world’s oceans from the environmental risks of deep-sea mining, according to a new report from Greenpeace International.

The new report argues that the deep sea mining industry knows its activities “could result in the extinction of unique species” and calls on governments to agree on a strong Global Ocean Treaty at United Nations level, which would put conservation, not exploitation, at the heart of ocean governance”.

The report cites scientists, governments, environmentalists and representatives of the fishing industry, who warn of the inevitable threats to marine life across vast areas of the world’s oceans from mining machinery and toxic pollution if governments allow deep-sea mining to begin.

It also predicts that deep-sea mining “could make the climate emergency worse by disrupting ‘blue carbon’ stores in seafloor sediments”.

“The deep sea is the largest ecosystem on the planet and home to unique creatures that we barely understand,” says Louisa Casson of Greenpeace’s Protect the Oceans campaign.

“Unless we act now to protect them, deep sea mining could have devastating consequences for marine life and humankind.”

The report points out that “although commercial deep sea mining has not yet begun, 29 exploration licenses have been granted to countries including China, Korea, the UK, France, Germany and Russia, who have laid claim to vast areas of the Pacific, Atlantic and Indian Oceans.

The report also highlights what it describes as the weakness of current fragmented ocean governance, with the International Seabed Authority (ISA) – the UN body responsible for regulating the deep sea mining industry – prioritising corporate interests above robust marine protection.

“The ISA is not fit for purpose to protect our oceans,” says Casson.

“It is more concerned with promoting the interests of the deep sea mining industry and lobbying against a strong Global Ocean Treaty.

“It is critical that governments agree on a UN treaty strong enough to pave the way for the creation of a network of ocean sanctuaries that will be off-limits to all forms of industrial exploitation, including deep sea mining.

"It also needs to enforce much higher environmental standards for any such activity outside of these sanctuaries.”

The full Greenpeace report – In Deep Water: The Emerging Threat Of Deep Sea Mining – can be found at: http://bit.ly/2XEHUJX

Tweet
More in this category: « Fire kills 14 aboard Russian nuclear submarine European Space Agency and One Sea join forces to promote autonomous shipping »
back to top