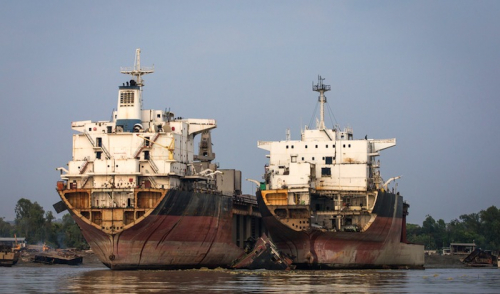 Germany has become the latest country to accede to the IMO's treaty for safe and environmentally sound ship recycling – the Hong Kong Convention.

The Convention covers the design, construction, operation and maintenance of ships, and preparation for ship recycling in order to facilitate safe and environmentally sound recycling, without compromising the safety and operational efficiency of ships.

Under the treaty, ships being sent for recycling are required to carry an inventory of hazardous materials, specific to each ship.

Ship recycling yards are required to provide a ‘Ship Recycling Plan’, specifying the manner in which each ship will be recycled, depending on its particulars and its inventory.

Germany’s accession marks the 13th contracting State to the Convention out of the 15 required as per the first of the three conditions for the convention’s entry into force.

“Seven countries have acceded to the convention in the last six months – one more than acceded in the previous nine years,” explains Dr. Nikos Mikelis, non-executive director of cash buyer GMS.

“The acceleration in the recognition amongst shipping nations of the need for the Convention to enter into force as soon as possible reflects growing concerns over the enforcement of the regional European Ship Recycling Regulation.

“What remains now is for two of the major ship recycling nations to also accede to the Convention before the ship recycling industry can start operating under a uniform global regulatory regime.

“India – most of whose recycling yards have invested in infrastructure, training, and working procedures and have been certificated by IACS classification societies as compliant with Hong Kong convention – now holds the key to the Convention’s entry into force.”