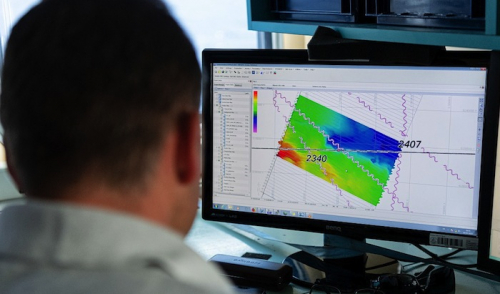 French Navy in the Med

La Minerve, a French Navy submarine that disappeared in 1968, has been found off the coast of Toulon in southern France, the French Defence Ministry has announced.

It was discovered earlier this week lying at the bottom of the Mediterranean at a depth of 2,370m, thirty miles from the port city of Toulon.

“It is a success, a relief and a technical feat,” tweeted the France defence minister Florence Parly, as soon as the discovery was confirmed.

“I am thinking of the families who have waited for so long for this moment.”

Under pressure from relatives of the crew, a fresh search was launched earlier this year using the latest technology to map and model tides and currents in the Mediterranean.

Data from the time of the accident was also re-examined, including seismic reports that suggested the submarine imploded as it sank to the bottom of the sea.

The wreck was discovered by Ocean Infinity – a US search operation which is permanently mobilized with a team of 60 maritime specialists and a fleet of advanced AUV equipment.

The submarine – which is reported to have been found in separate three pieces – was located by Ocean Infinity’s search ship Seabed Constructor using the latest underwater drones.

In 2018, Seabed Constructor found the San Juan submarine which sank in the Atlantic off the coast of Argentina, killing all 44 crewmembers onboard.

Tweet
More in this category: « Hapag-Lloyd testing robotic ship painting technology American rescuer who saved four to be recognized with IMO bravery award »
back to top