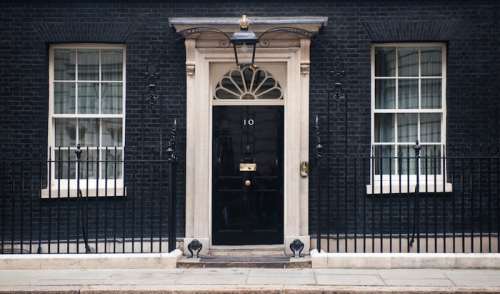 A letter from the chair of Maritime UK to the country's new Prime Minister, Boris Johnson, outlines the importance of the sector to Britain's prosperity, and identifies a number of key priorities.

The letter also sets out the immediate steps the sector wishes to see on Brexit.

Congratulations on becoming Prime Minister of our great maritime nation. You assume your position at a critically important time for our country, and a time that requires strong and effective leadership.

As an island, maritime nation, our maritime sector contributes £37.4bn GDP and supports 957,300 jobs. 95 percent of British imports and exports in goods are moved by sea, including 25 percent of the UK’s energy supply and 48 percent of food supplies. Total maritime-enabled trade totals £500bn per year. Its industries include shipping, ports, professional services, engineering and leisure marine. The sector is a vital part of our island nation's heritage and of our modern economy – supporting jobs, driving innovation and enabling trade. The sector also enables millions of people to enjoy the recreational benefits of the UK's coastal and inland waterways.

Today, the UK is one of the leading maritime centres in the world. As one of Britain's leading generators of economic benefit, the maritime sector is uniquely placed to support government in delivering its ambitions. Indeed, due to its size and truly national spread, to support you in delivering against many of the pledges you made during your leadership campaign. There are monumental opportunities for our sector – whether on technology, meeting environmental challenges, coastal economic development, attracting more maritime business to our shores or for the people that underpin our success. Whilst industry will do all it can, there are definite areas where government must do what only government can do.

Given recent events, we must ask first and foremost, that the UK government does everything necessary to protect merchant shipping. There is an urgent need for decisive action by the UK Government to implement practical measures to restore confidence in the shipping industry to ensure the Gulf does not become de facto closed to UK business. The Royal Navy does a first-class job in supporting our international trade, and beyond, but there are real concerns about resources and capacity to do the job that is asked of it in an increasingly unpredictable geopolitical context.

Clearly the most pressing issue facing your new administration will be to deliver the UK’s departure from the European Union. Like you, the maritime sector has been clear that it has a preference to leave the EU with a deal but has been working closely with government to prepare for all eventualities. Pressingly, significant parts of the economy are not ready for Brexit and are facing difficulties in becoming so. The government must do four very practical things as a matter of urgency to speed the preparation of UK business for Brexit:

Regardless of what happens in the coming weeks, one thing is certain; Britain’s future success and prosperity will depend upon its ability to trade across the world. Our maritime sector, the engine of trade, will therefore be central to this mission.

During your campaign you have rightly highlighted the need to rebalance our economy and support parts of the country that have felt left behind or underinvested in. Specifically, you have discussed the potential creative regulatory tools to help turbocharge growth in coastal communities, such as free ports. Free Ports are a potentially transformational opportunity for locations with the right conditions and strong local support. They have proved to be successful in stimulating investment and jobs in a range of locations around the world. However, they are not a silver bullet for all locations nor the only way of boosting the UK’s main global gateways as Britain prepares for Brexit. They are one of a range of measures which would improve productivity and trade in and around the UK’s ports, adding more value to the UK and local economies. Free ports are one part of a broader package of reforms to development rules that industry has put forward to boost investment in coastal communities. Improved connectivity for ports is critical to realising the benefits from this investment for the rest of the UK.

Already investing £700m a year, with some £1.6bn in the pipeline, these modest changes would unlock an estimated additional £100m private investment by ports per year. As well as investing more of its own money, the sector is rolling out a network of Maritime UK regional maritime clusters to foster collaboration amongst business, academia and local government in the UK’s maritime regions. Based on the ‘Mersey maritime model’, these clusters will help regions to build upon their unique strengths, develop skills, attract investment, drive growth, and create jobs. We would welcome cross-government engagement in these new cluster organisations to ensure they realise their potential.

There can be no greater challenge for our generation than to ensure we respond to the challenge of climate change. We applaud the UK’s ambition to realise net zero carbon emissions, becoming the first major economy to do so. Whilst already being the lowest-carbon way of moving cargo, maritime can and will do more. We worked with government to craft the Clean Maritime Plan, putting the UK at the forefront of minimising environmental impact, and crucially positioning to capitalise upon the opportunities that arise. Just a few weeks ago industry and government announced the creation of MarRI-UK, the first truly national centre for maritime research and innovation. Based at Strathclyde with hubs across the country at universities and institutes in coastal communities, the centre will initially focus on decarbonisation. Competitor maritime nations are investing significantly more than the UK in developing such technology, and we call on government to invest similarly. The market is enormous. Last year the International Maritime Organisation adopted a legally-binding target for all ships across the globe to reduce carbon emissions by 50% by 2050. The race is on, and the UK must not be left behind.

When Foreign Secretary you initiated work on the International Oceans Strategy. A strategy that will set out how the UK can capitalise upon the predicted $3trillion size of the global maritime sector by 2030. We look forward to the strategy being published. Competitor maritime nations are aggressively courting UK business and eyeing a sizeable slice of this mammoth future economy. We cannot afford to be left behind, and we have a golden opportunity to build upon natural UK strengths, such as in maritime autonomy, where, as you will recall from your visit to the National Oceanographic Centre, economic gain and environmental protection are naturally fused. UK companies are operating autonomous systems across the world to help clear the oceans of plastics, just as our marine science institutes are helping to understand how plastics travel, where they come from, and how best to remove litter.

As you will know from your time as Mayor of London, our capital is a globally competitive maritime hub. London is the pre-eminent global centre for professional maritime services, across law, finance, arbitration, shipbroking and insurance. Global maritime institutions like Lloyds of London and the Baltic Exchange underpin the success of London across the breadth of the economy. Whilst London remains the dominant maritime service centre globally, there are many jurisdictions seeking to take the city’s crown. We have worked with government to produce a study into London’s competitiveness, and urge your new administration to work with us as we seek to implement its recommendations.

We can do nothing without people, and industry is determined to strengthen the maritime workforce. Investing and supporting our maritime people; those that our maritime success and national prosperity relies upon, makes strong economic sense. Productivity is over 50% higher than the national average, meaning maritime can play a real role in helping address the UK’s productivity challenge. We are also clear that the UK’s and London’s success as a global maritime hub relies upon its ability to attract global talent. As we leave the EU, it’s vital that we are seen to be open to global talent, whether for students attending our world-leading institutions, or those during their careers.

In September, the global maritime community will descend on our capital for London International Shipping Week (LISW), the world’s largest maritime event of its kind. LISW will showcase the very best of British as well as confirm the UK’s position as an innovative thought-leader in maritime. During previous shipping week’s we have hosted an international roundtable at Downing Street and hope that you will be able to support again this year, not least given the need to send a strong, purposeful message to the world a matter of weeks before the UK is due to leave the European Union.

Whilst there is much we need to do to secure the UK’s future as a global maritime centre, there is good news. Industry has been working hard with officials and ministerial colleagues to craft the first long-term strategy for the sector, with Maritime 2050 published in January. For the first time the maritime sector has a real long term strategy – setting out what government and industry will do to position the UK as the world’s leading maritime nation over the coming decades in an increasingly competitive global context. We look forward to stepping up our joint delivery against its recommendations with your administration. The task of turning these ambitious recommendations into reality rests on the strength of partnership between industry and government.

The path ahead of you is a challenging one, but one full of opportunity. Britain’s maritime sector – represented by Maritime UK, the sector’s umbrella body – stands ready to work with you to realise your ambitions.

We would welcome the opportunity to meet with you at your earliest convenience to discuss how these ambitious projects can be taken forward, and how, together, industry and government can turbocharge the UK’s position as the world’s leading maritime nation.

Tweet
More in this category: « American rescuer who saved four to be recognized with IMO bravery award Neoline chooses partner to build its sail-powered cargo ships »
back to top