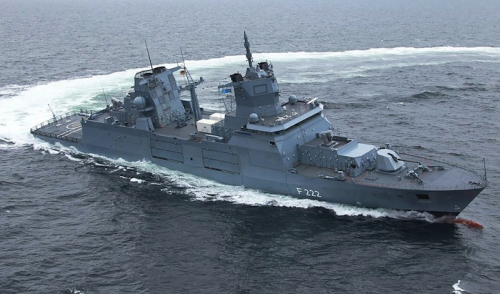 The most advanced vessel ever built for the German navy, has entered service – six years after it was first launched.

Baden-Württemberg, a F125 Class frigate, was originally launched in December 2013, as a joint venture between Thyssen-Krupp and Lürssen Defence.

It was clearly overweight and sailed with a persistent list to starboard.

There were also problems with its operations room and automated systems.

The problems were so bad that the German defence procurement agency refused to commission the vessel and returned to the yard.

The 150m (490ft) ship is now reported to be powered by a MTU diesel-electric and gas turbine (CODLAG) propulsion system, giving it a top cruising speed of 20 knots.

According to the German navy, it has been designed to remain fully operational for up two years without any maintenance interruptions, apart from crew exchanges every four months.

The second F125 Class frigate – Nordrhein-Westfalen – originally launched in 2015, is due to enter service later in the year.

Tweet
More in this category: « Seafarers on dredgers are the happiest in the sector Japanese firms announce strategy to develop fully electric vessels »
back to top