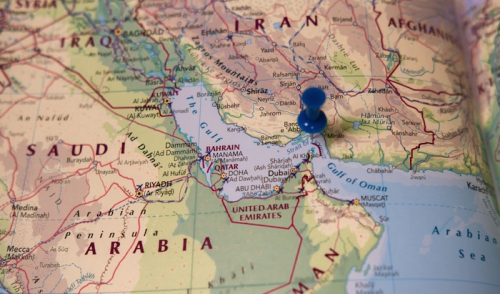 Vessels operating in the Persian Gulf, Strait of Hormuz and Gulf of Oman have been encountering GPS interference and communications jamming, with little to no warning, according to new advice from the U.S. Department of Transportation’s Maritime Administration agency (MARAD)

Ships in the area have also been reporting spoofed bridge-to-bridge communications from unknown entities falsely claiming to be U.S. or coalition warships.

The U.S. authorities are blaming Tehran directly for the actions.

The latest MARAD bulletin adds that: "Due to the heightened regional tensions, the potential for miscalculation or misidentification could lead to aggressive actions against vessels belonging to U.S., allied, and coalition partners operating in the Arabian Gulf, Strait of Hormuz, and Gulf of Oman."

According to CNN, an unnamed U.S. defence official has confirmed that Iranian military vessels have successfully spoofed merchant ship AIS systems to make themselves look like commercial shipping vessels.

The defence official added that Iran now has GPS jammers operating on Abu Musa Island, in the Persian Gulf near the Strait of Hormuz, put in place to cause ships and aircraft to inadvertently wander into Iranian waters or airspace, in order to justify a seizure.

Vessels operating in this area are being advised by MARAD to ensure their AIS is transmitting at all times.

It follows an earlier incident when a ship shut off its AIS to unsuccessfully avoid being boarded by Iranian forces, which hampered response efforts.

Tweet
More in this category: « Japanese firms announce strategy to develop fully electric vessels Hydrogen-powered vessels to be built with new EU funding »
back to top