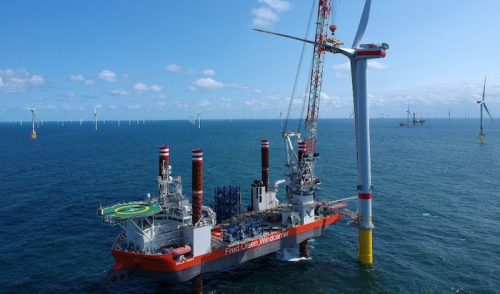 A generator failure at the Hornsea One offshore wind farm is believed to have been partly responsible for a mass power blackout across England and Wales which affected more than one million people.

The power outage stopped traffic lights from working, plunged airports and hospitals into darkness, and caused huge disruption on railway networks during the busy Friday night commute on the 9th August.

“During a rare and unusual set of circumstances affecting the grid, Hornsea One experienced a technical fault which meant the power station rapidly de-loaded – and that is it stopped producing electricity,” said a statement from the owner and operator of Hornea One, Orsted, shortly after the event.

“Normally the grid would be able to cope with a loss of this volume (800MW).

“The relevant part of the system has been reconfigured and we are fully confident should this extremely rare situation arise again, Hornsea One would respond as required.”

The incident saw both Hornsea One and a gas-fired power station disconnect from the grid virtually simultaneously, removing capacity equivalent to almost 5% of demand.

Hornsea One is still undergoing construction 120km off the Yorkshire coast.

When it finally becomes fully operational it will be the largest offshore wind farm in the world – and the furthest from shore a wind farm has ever been built.