US offered tanker captain millions of dollars to hand over ship 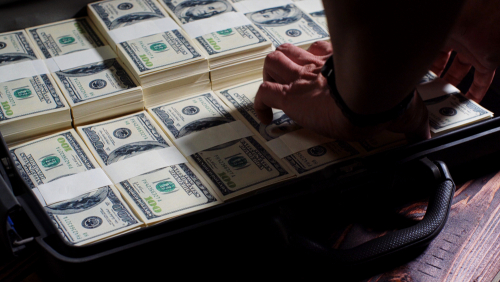 The US State Department has confirmed that it offered several million dollars to the captain of an Iranian oil tanker at the centre of a diplomatic row.

The Adrian Darya 1 – previously known as Grace 1 – was detained by British authorities in Gibraltar on 4 July after it was suspected of moving oil to Syria in breach of EU sanctions.

It was then released on 15 August after Iran gave assurances it would not discharge its cargo in Syria – despite last-minute US efforts to prevent its release.

The US State Department confirmed the story of the multi-million dollar offer after details of the move were reported in the Financial Times newspaper.

According to the Financial Times, the US State Department sent an email to Akhilesh Kumar, the Indian captain of the Adrian Darya 1, before it imposed sanctions on the ship.

"I am writing with good news," the email read.

It went on to explain that the Trump administration was willing to pay the captain several million dollars to take the ship somewhere where it could be seized by US authorities.

The emails carried a US State Department phone number to reassure Kumar that it wasn’t a fake.

However, when Kumar failed to reply, the US Treasury Department imposed sanctions on the ship and him personally – freezing any assets he may have in the US and criminalizing any person or institution involved in any financial transactions with him.

The US State Department told the Financial Times that it is now "working very closely with the maritime community to disrupt and deter illicit oil exports" and that it has “conducted extensive outreach to several ship captains as well as shipping companies”.

Adrian Darya 1 has, however, been elusive since sailing from Gibraltar.

It is believed to be in the eastern Mediterranean near Lebanon, but has reportedly turned off its AIS and all other signalling devices.

Tweet
More in this category: « Undersea meadows being restored to tackle climate change ClassNK issues guidelines for ships with wind-assisted propulsion systems »
back to top