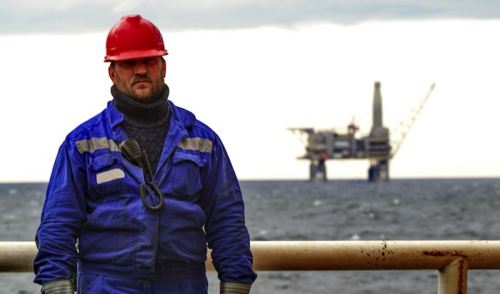 A major industry conference co-hosted by four leading maritime charities has heard a rallying cry for action to support the mental health of seafarers.

Held as part of London International Shipping Week 2019, the conference was organised by the four charities - The Mission to Seafarers, Seafarers UK, Sailors’ Society, and Apostleship of the Sea (Stella Maris).

Sponsored by Inmarsat and chaired by John Adams, vice president of the International Chamber of Shipping, the event featured expert panel discussions and contributions from the 240-plus delegates and explored the impact of technology on crew welfare.

The conference keynote speech from Dr Grahaeme Henderson, vice president, Shipping & Maritime at Shell painted a stark image of shipping’s safety challenges, noting that despite marked improvements, it continues to have one of the poorest safety records of any industry.

The new model incorporates extensive research carried out by the Shell Shipping & Maritime team and Shell Health Group, which identified five key areas of influence on a seafarer’s mental wellbeing – fatigue, physical environment, the nature of the role, leadership (on the vessel and ashore), and personal network.

The initiative will allow shipping companies to better understand the well being of the crew on their vessels and mitigate the human errors that cause more than 75% of accidents at sea.

Henderson also announced that Shell is developing eight well being training programmes for seafarers, which will be shared with other shipping companies.

The programmes will include training on subjects such as individual awareness, how to talk about mental health and provide assistance, and how to address fatigue.

Both initiatives aim to drive safer practice across the industry by promoting seafarer well being and contributing to Shell’s vision of a zero-incident industry.

Commenting on the event, Ben Bailey, Director of Advocacy and Regional Engagement for The Mission to Seafarers, said: “Today’s conference was an illuminating discussion on the intersection between new and emerging technologies and seafarer safety and welfare. It’s clear that new technology and improved ship-shore connectivity has a powerful role to play in giving us new tools to support our seafarers and for seafarers themselves to be better equipped to keep in touch with loved ones and to look after their well being. However, we also need to appreciate that technology onboard can sometimes create new and different challenges for the workload and well being of seafarers. As new digital tools are deployed onboard, the impact on the seafarer must always be at the forefront of our thinking.

“There were some candid conversations about the mental health challenges facing our seafarer community, including some personal stories from our delegates and speakers. We won’t shy away from acknowledging the considerable progress still to be made when it comes to tackling the stigma of mental health in our industry, but we can take great pride in the progress that maritime charities and the industry have made in recent years. We are also deeply grateful to Inmarsat for their support in hosting the LISW charities’ conference this week.”

John Adams, vice president of The International Chamber of Shipping (ICS), delivered the conference opening address, in which he spoke about the importance of one-to-one communication with seafarers and warned industry professionals about the dangers of adopting a ‘silver bullet’ approach. He described the term ‘human element’ as a misdemeanour, suggesting that it implies that seafarers are a side component, rather than a core part of the shipping enterprise.

The conference included panel discussions on a number of different themes. The first looked at how technology can improve health and safety onboard, reduce accidents and lower the costs associated with repatriation and replacement crews. The second panel focused on how the industry can best support seafarers and whether technology is replacing the personal touch. This was followed by a session exploring how other industries are using technology to address mental wellbeing, and how this might be adapted for seafarers. The final discussion looked at the evolving role of maritime welfare charities in the digital age.

The conference saw questions, comments and contributions from delegates throughout the day. This included a question from a young cadet, one of a number of cadets in attendance, who challenged the panel on why mental health and well being did not form part of the cadet training syllabus; a point that received widespread agreement from the panel.

For more information on the HiLo human error model, you can watch this short video: https://youtu.be/GB-ss_LvLxU

Tweet
More in this category: « Study declares LNG as the most viable alternative fuel for shipping Shipping groups call on IMO states to 'enforce sulphur cap' »
back to top