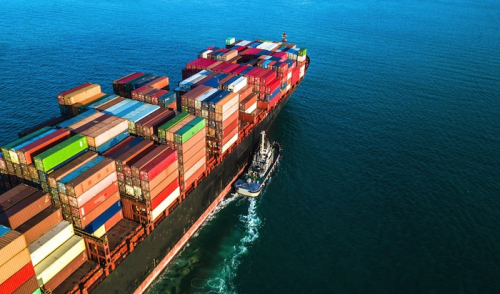 A group of major international shipping, finance and energy corporations have joined forces to launch an initiative at this week’s UN Climate Action Summit in New York which it says will “lead the push for shipping’s decarbonization with the goal of having commercially viable zero emission vessels operating along deep sea trade routes by 2030”.

Called the Getting to Zero Coalition, it is a partnership sponsored by the Global Maritime Forum, the Friends of Ocean Action, and the World Economic Forum, and supported by more than 70 leading organisations, including A.P. Moller-Maersk, Citigroup, Shell, Lloyd’s Register, Wartsila, Unilever and the American Bureau of Shipping.

The Coalition says its ambition is closely aligned with the IMO’s strategy to make international shipping reduce its total annual greenhouse gas emissions by at least 50% of 2008 levels by 2050, whilst pursuing efforts to phase them out as soon as possible sometime this century.

This will ultimately align greenhouse gas emissions from international shipping with the Paris Agreement.

The Coalition says it is committed to making the ambitious target a reality by getting commercially viable deep-sea zero-emission vessels powered by zero-emission fuels into operation by 2030.

“Decarbonizing maritime shipping is a huge task with no simple answer – but it must be done,” said Ben van Beurden, CEO of Royal Dutch Shell at the official launch in front of the gathered international political leaders.

“We intend to be part of the long-term zero-carbon solution by seeking out the most feasible technologies that can work at a global scale.

"Starting now is essential because the ships built today will stay on the water for decades to come.”