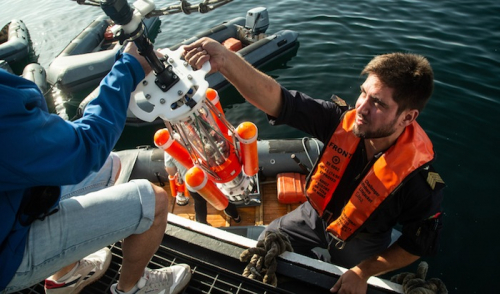 Dozens of unmanned underwater and surface vessels from NATO countries have been brought together this week in Portugal to test new technological advances in unmanned maritime systems networks.

NATO says that Exercise REP (MUS) 19 is an opportunity to test the interoperability of its various maritime unmanned systems technologies and to test procedures and tactics for Maritime Unmanned Systems used by NATO countries.

Around 800 personnel from the navies of Portugal, Belgium, Italy, Poland, Turkey, the UK and USA, and the NATO Centre for Maritime Research and Experimentation, took part in the exercise, which was supported by major academic and industrial organisations.

NATO believes its new maritime unmanned systems technologies will be a game-changer in countering multiple threats in the maritime domain.

It says that the use of Maritime Unmanned Vehicles will help to effectively counter new submarines armed with more powerful weapons.

They will also prevent military personnel from moving into risky situations in countering threats such as sea mines.

At the Brussels Summit in 2018 NATO leaders reaffirmed the strategic importance of the maritime domain and the importance to invest in new unmanned capabilities.

“By exercising and working together, NATO Allies will make the most effective use of maritime capabilities development across Europe and North America,” said a NATO spokesperson.