Maersk and BIMCO back Japan proposal to limit propulsion power 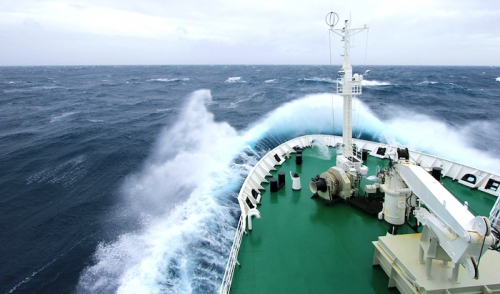 Both Maersk and BIMCO have come out in favour of Japan’s proposal to limit propulsion power rather than speed limits as the best way to cut shipping greenhouse gas emissions in the short term.

The idea was originally proposed by Japan at the IMO’s Marine Environmental Protection Committee (MEPC) meeting in April.

However, it was overshadowed when French president Emanuel Macron promoted ‘slow steaming’ speed limits at the G7 summit in Biarritz in August – winning the immediate backing of Greece and more than 120 ship owners.

Earlier this week, though, BIMCO, the leading ship owner organisation, submitted a proposal to the IMO for it to “regulate propulsion power of ships in order to sustain the GHG savings already achieved through slower steaming”.

“While it remains a fact that ships’ speed is the single most important variable influencing their CO2 emissions, there are different views as to which regulatory measure is best when it comes to enforcement and achieving the objective of curbing emissions,” says Lars Robert Pedersen, BIMCO Deputy Secretary General.

“BIMCO recommends the power limit should be derived for each shipping sector from an assumed performance of an average ship sailing at current average trading speed within each sector.”

A day later, Maersk outlined its stance in an email to Maritime Denmark, saying that: “Focusing on power instead of speed limitation will, first and foremost, help to achieve the CO2 reduction goals set by the IMO.

“Next, it will reward the most efficient ships, and last, but not least, it will stimulate innovation in the development of CO2-neutral propulsion technologies needed to truly decarbonise shipping.”

The BIMCO proposal is now scheduled be introduced at the Intersessional meeting of the working group on reduction of greenhouse gas emissions from ships at the IMO in London on 11-15 November.