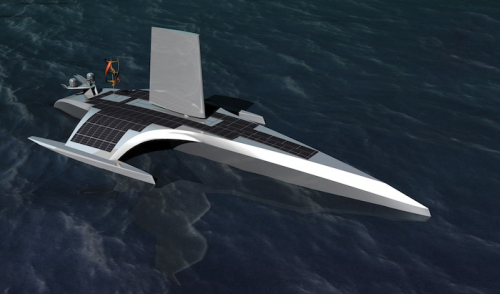 Technology giant IBM has announced that it has joined a global consortium, led by marine research organization ProMare, to build an unmanned, fully-autonomous ship that will cross the Atlantic on the fourth centenary of the original Mayflower voyage in September 2020.

The Mayflower Autonomous Ship (MAS) will use IBM's AI, powerful servers, and cloud computing technologies to navigate autonomously and avoid ocean hazards as it makes its way from Plymouth, England, to Plymouth, Massachusetts.

If successful, it will be one of the first self-navigating, full-sized vessels to cross the Atlantic Ocean and will, according to IBM, open the door on a new era of autonomous research ships.

"Putting a research ship to sea can cost tens of thousands of dollars a day and is limited by how much time people can spend onboard – a prohibitive factor for many of today's marine scientific missions," says Brett Phaneuf, co-director of the Mayflower Autonomous Ship project.

"With this project, we are pioneering a cost-effective and flexible platform for gathering data that will help safeguard the health of the ocean."

The vessel will carry three research pods containing an array of sensors and scientific instrumentation that scientists will use to advance understanding in a number of vital areas such as maritime cybersecurity, marine mammal monitoring, sea level mapping and ocean plastics.

The work will be coordinated by the University of Plymouth in the UK.