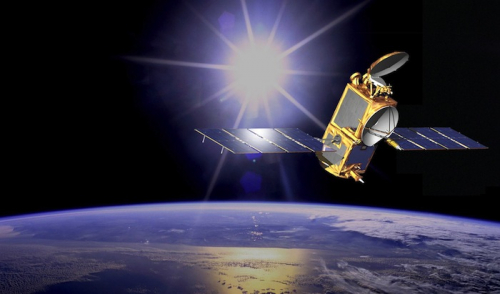 The pair, from Imperial College London, will use high-resolution satellite images and computer simulations to better understand the dynamics and chemistry of the upper ocean.

The prestigious ERC Synergy Grant will see them work in partnership with two leading French institutions.

It's hoped that the project will help improve scientific understanding for tracking oil spills, marine debris and plastic pollution in the sea.

The professors say that their work will also provide decision makers with a means of quantifying the effects of local patterns of sea level rise, heat uptake, carbon storage and change of oxygen content and pH in the ocean.

Partner institutions include the National Institute for Research in Computer Science and Automatic Control (INRIA) and the French Research Institute for Exploitation of the Sea (IFREMER).

“The upper ocean is of intense interest to us,” says Professor Darryl Holm, one of the grant winners. “Changes in the upper ocean’s salinity indicates intensifying hydrological cycles which, in turn, are linked with an increase in the severity of droughts and floods on land.”

Holm’s colleague, Professor Dan Crisan added: “The ocean’s chemistry is changing as it absorbs our carbon dioxide emissions. These changes in chemistry threaten the sustainability of life in the sea, and could very well be catastrophic for much of life on Earth.”

Tweet
More in this category: « EU/IMO project ‘driving energy efficiency in the maritime sector’ India becomes first country to ban single use plastics on ships »
back to top