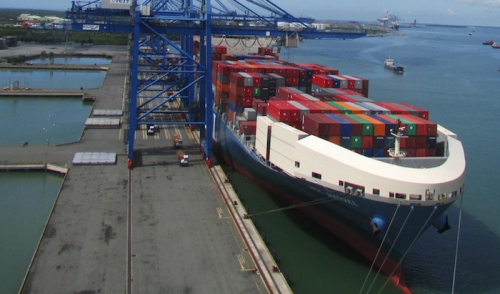 The companies say the newly developed shield will reduce wind resistance on a ship’s hull and superstructure while the vessel is running, helping to reduce its CO2 emissions by up to 4%.

MOL installed a similar concept onto an existing mid-size containership in 2015 – eventually reporting CO2 reductions of 2% in real-running condition in 2017.

At the same time, SHI was also developing its own bow wind-shield technology for its fleet of ULCVs.

Now, though, the two companies have joined forces to develop their new Bow Wind-Shield design.

MOL says the Bow Wind-Shield initiative is part of its ‘ISHIN NEXT – MOL SMART SHIP PROJECT’, which it is developing to "introduce new technologies that will help to reduce the environmental impact of its vessels and ensure safer operation and more reliable transport services".